MILFORD, Conn. (AP) — Two Connecticut men have pleaded guilty in connection with a car racing crash that killed a pregnant woman and a teenager in 2018.

Lawrence Carter, 20, of Bridgeport, pleaded guilty Tuesday and Abdulaziz Yuldoshev, 21, of Hamden, pleaded guilty Wednesday in Milford Superior Court to manslaughter and racing on a highway, the Connecticut Post reported.

Prosecutor Howard Stein told Judge Peter Brown that he will be recommending a six-year prison sentence for Carter and a four-year sentence for Yuldoshev when they are sentenced in May and June, respectively.

Carter’s lawyer, Guy Soares, and Yuldoshev’s attorney, William Dow III, said in interviews Thursday that the accident was a tragedy for all involved.

“Mr. Yuldoshev has acknowledged his involvement and has extended his sympathies to the families from the day this happened,” Dow said. “He unfortunately accepted an invitation to engage in racing. He’s hopeful the judge will take into consideration that his case is different than (Carter’s).”

Carter’s car collided with an oncoming third car, authorities said, when he lost control of his vehicle after Yuldoshev passed him and cut back in front of him to avoid the third car.

Two passengers in Carter’s car were killed in the wreck including Carter’s 23-year-old wife, Briana Torres-Carter, who was eight months pregnant, and 18-year-old Shalymar Herrera, of West Haven. The fetus did not survive. A fourth person in the car was seriously injured.

ALSO READ  Panasonic gets connected on The Ray

Three people in the third car struck by Carter’s vehicle were injured but survived.

(Copyright (c) 2020 The Associated Press. All Rights Reserved. This material may not be published, broadcast, rewritten, or redistributed.) 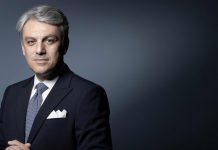 The Electric-Vehicle Company That Charged Too Early