A sharp drop in driving could not stop road fatalities from reaching a record high based on data compiled by the Texas Department of Transportation.

That lack of safety was especially true in 2020 for bicyclists, who represent a fractional number of roads users but 5 percent of those killed. Last year 31 men and three women died on area roads. The annual total of 34 exceeds that of 2019, which also was a record at 27 for the region in a single year.

Based on a preliminary analysis — reports can take weeks to enter the state’s crash database maintained by TxDOT — crashes involving bicycles are down 15 percent while deaths are up 26 percent from 2019.

Safety researchers and cycling advocates, however, were reluctant to draw too many conclusions from the early numbers or begin laying blame for the jump on any single cause. In fact, where crashes occurred and who died does not align with the noticeable increase in recreational cycling but, rather, the same factors present before the pandemic: a lack of safe space for bicycles, inadequate or absent lighting, and street design choices that enable drivers to speed.

“These aren’t accidents,” said Joe Cutrufo, executive director of BikeHouston, a local advocacy group. “Our streets were intentionally designed to accommodate one mode, and only one mode.” 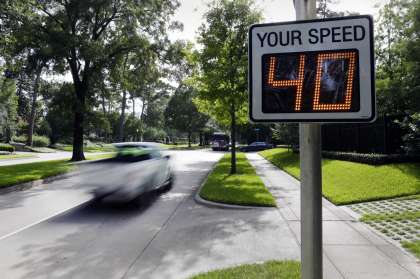 It is something Nicole Rees, 34, said she never noticed behind the wheel, but is unmistakable on a bike. Rees dug her bike out of her Oak Forest garage during the summer so she and her husband could ride around their neighborhood.

“My god, the people not paying attention,” she said as she rested along White Oak Trail north of 43rd Street. “You see people doing everything but looking at the road.”

VISION ZERO DAY ONE: Houston has a plan to end road fatalities. Now the work to implement it begins.

The combination of inattention and speed can be compounded by streets where drivers are not expecting to see cyclists, where there are few amenities for riding a bike safely and where, in some cases, because of lighting drivers cannot see cyclists at all.

Yet, despite bicycle use for recreation and commuting being higher in neighborhoods within and around Loop 610, that is not where fatalities are happening. Deaths of bicyclists within Loop 610 dropped from seven in 2019 to one last year.

Instead, it is suburban areas where crashes are happening in larger numbers, such as in Houston along U.S. 90 and major streets nearby within the Sam Houston Tollway and along FM 1960 near Bush Intercontinental Airport, which were not built with bicycles in mind.

The number of fatalities always has fallen off the farther from central Houston one gets, but this year some suburban counties logged increases, notably in Brazoria County where five bicyclists lost their lives in 2020. The county’s previous high was three in 2011. 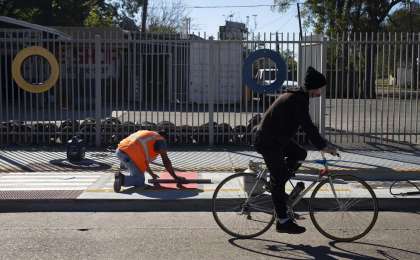 Busy intersections also are a problem spot, something that has carried into 2021. The city’s first bicycle fatality of the year occurred Jan. 5, when a man cycling on the sidewalk was struck as he tried to cross Westheimer at Fondren. An SUV driver turning onto Westheimer mowed the rider down and kept going. The hit and run remains under investigation, officials said.

“If we wanted to design an intersection intended to repel bicyclists and maximize fatal crashes, it would look something like Westheimer and Fondren, where there are 16 lanes for cars and trucks, and zero for people on bikes,” Cutrufo said.

Last year’s rise in bicyclist deaths mirrors the increase in overall road deaths despite the pendemic-induced economic slowdown that has resulted in fewer vehicles on freeways and streets.

In the 11-county Houston area, 710 roadway deaths were reported by police in 2020, with almost 60 percent being drivers or passengers in cars and trucks. Despite efforts at the state, regional and local levels to curtail crashes and a pandemic that at times cut vehicle use in half, wrecks continued to claim more lives, including a record 482 in Harris County and 263 in Houston.

The conclusion of researchers — who caution that 2020 information is preliminary — is that fewer miles of automotive travel is leading to fewer wrecks, but the resulting collisions and catastrophes occurring are more severe. As a result, few can say roads are any safer.

Despite a dip in driving, 2020 was the deadliest year on Houston-area roadways ever. Bicyclists and those in automobiles died in larger numbers than ever before.

While advocates for safer streets have scored promises of more action from local officials — Houston Mayor Sylvester Turner last month cheered the city’s recently completed Vision Zero action plan for eliminating roadway deaths — many of the improvements are months and years away. Even then, some of those efforts will never make every mile of Houston area street safe.

Streets, meanwhile, are not the only issue. Lighting often is a consideration in the deadly bike crashes around Houston. Of the 34 fatal incidents last year, 22 happened when it was dark, including 15 where there was no lighting whatsoever and seven in which some lighting was present. Of the 200 fatalities involving cyclists since 2011, 124 happened at night, making darkness more common where deaths occur than drugs or alcohol. In the decade, 74 of the 200 deaths were confirmed to have either the cyclist or driver test positive for drugs and alcohol – though the presence of drugs does not mean for certain the person was impaired at the time.

“People are out there doing this thing and as a motorist it is incumbent on you to know that situations are changing,” he said. “But I’ve got to say that the cyclists, if they do not start wearing reflective stuff or carrying lights, they are going to keep dying.”

Texas law requires cyclists riding a night to have a front light and either a light or reflector on the rear of the bike. Riders are urged but not required to wear reflective clothing and do what’s practical to be seen.

“Of course cyclists have a duty to themselves and their family to be seen and follow the laws,” Cutrufo said, noting the difference in a car and a bicycle. “The greater burden of responsibility is on the drivers, that’s where the risk of harm is.” 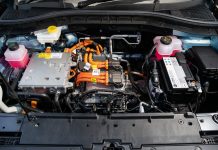 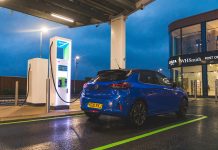