Electric vehicle companies have been the darlings of Wall Street in 2020, with Tesla (NASDAQ:TSLA), Nikola (NASDAQ:NKLA), Workhorse Group (NASDAQ: WKHS), and Nio (NYSE: NIO) all up more than 300% for the year.

There’s good reason for the enthusiasm. The world seemingly is moving rapidly toward a tipping point where new, cleaner drivetrains have matured enough to replace fuel-guzzling engines. The automotive industry is entering a period of massive disruption, creating ample opportunities for new companies to displace incumbents.

That’s all fine and good, but those incumbents aren’t just standing by as the disruption happens. We asked three Motley Fool contributors for insights into why investors would be wise not to sleep on General Motors (NYSE:GM), Ford Motor (NYSE:F), or Volkswagen (OTC:VLKA.Y). 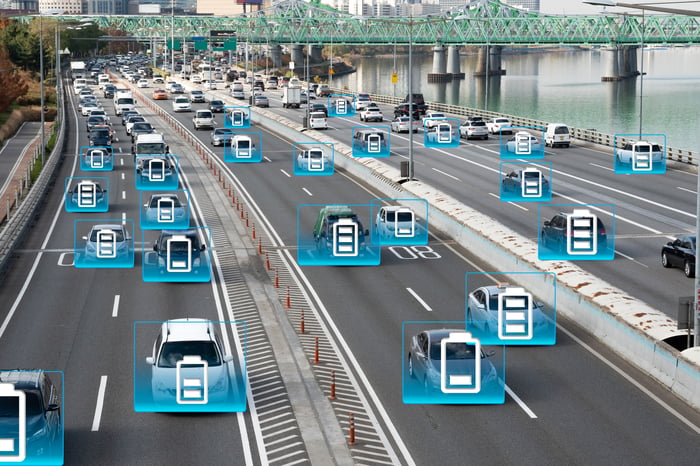 John Rosevear (General Motors): GM jumped to the forefront of many auto investors’ minds this week when it announced a strategic alliance with electric-truck start-up Nikola. But there’s a much deeper story here — one that helps explain why Nikola was eager to do a deal with the Detroit giant.

Simply put, GM plans to transition entirely to electric vehicles in time. For a few years now, somewhat under investors’ radar, it has been putting big bucks and big resources behind that plan.

Did you know that GM has developed a new electric-vehicle battery technology, called Ultium, and that together with Korean battery giant LG Chem, it’s building a battery factory from scratch in Ohio? Or that GM has developed a new and extremely flexible electric-vehicle architecture that will underpin a wide range of new EVs within a couple of years? And that GM is already scaling up to launch a slew of electric vehicles in China, where it’s one of the country’s best-selling automakers? GM’s new Ultium electric-vehicle technology is designed to be both adaptable and profitable. It will underpin the Nikola Badger pickup and many new GM-brand electric vehicles over the next few years. Image source: General Motors.

We learned this past week that Nikola’s Badger pickup will be one of those new Ultium-powered EVs. But while the Badger will have some Nikola-specific special sauce, it’s likely to share a lot of its underpinnings with GM’s own electric pickup trucks, which, like the Badger, are expected to be in production within the next 2 years.

Best of all, GM expects all of these upcoming electric vehicles to be profitable from day one (and not from the sale of tax credits, either).

Here’s the takeaway: There will be winners and losers among the big automakers as the world shifts to electric vehicles. But as the Nikola deal made clear, GM has already done the hard work and made the big investments to ensure that it will be among the big winners. I expect its stock price to perform accordingly.

The biggest carmaker could be the best electric car maker

Rich Smith (Volkswagen): With 11 million vehicles rolling off its production lines every year — 24% more cars and trucks than GM makes and 89% more than Ford — Germany’s Volkswagen is the world’s biggest automaker. It stands to reason, then, that Volkswagen will be the company to benefit most from the coming EV boom. Eleven million buyers a year speak to a loyal fan base. That number of cars produced a year promises massive economies of scale that should help VW keep costs low and price its cars competitively.

Granted, at present, only a tiny fraction of the cars Volkswagen sells — about 1% — are electric. But Volkswagen has been investing heavily to transform itself into a major force in EVs, investing $2.3 billion this year into Chinese EV manufacturers, for example, as part of its effort to be selling 3 million electric cars and trucks by the time 2025 rolls around.

Last year, Volkswagen unveiled its ID.3 electric automobile, the first EV designed from the ground up to be an EV. With an estimated range (dependent upon battery size) of anywhere from 205 to 341 miles on a single charge, Volkswagen’s ID.3 goes a step beyond shorter range EVs, such as Nissan Motor‘s (OTC: NSANY) Leaf, and has what it takes to go head to head with Tesla’s family of S, III, X, and Y electric cars.

As a matter of fact, just earlier this week Tesla CEO Elon Musk flew into Germany to take the ID.3 for a spin in a personal test drive. His verdict? A back-handed compliment: “I think for a non-sporty car, it’s pretty good.”

At a share price of less than 14 times earnings and a generous 4.3% dividend yield paid to its shareholders, investors should seriously consider giving Volkswagen stock a test drive.

A multiprong push to avoid going the way of the dinosaurs

Lou Whiteman (Ford): GM and Nikola are in the news right now, but Ford laid out the blueprint for investing in an electric-truck start-up more than a year ago. The automaker in April 2019 announced plans to team up with Rivian Automotive LLC, an Amazon.com-backed Michigan company that plans to build both an electric pickup truck and SUV.

Ford invested $500 million for a minority stake in Rivian, and the two companies are also co-developing a new electric Ford vehicle using Rivian’s platform. Pickups are a key to Ford’s profitability, and the partnership at worst turns a potential rival into a partner.

The Rivian investment complements Ford’s own internal EV development effort, with the company committed to spending $11 billion through 2022 on a range of vehicles, including a zero-emissions version of its mainstay F-150 pickup, an electric SUV inspired by its Mustang sports car, and a battery-electric version of its top-selling Transit commercial van. 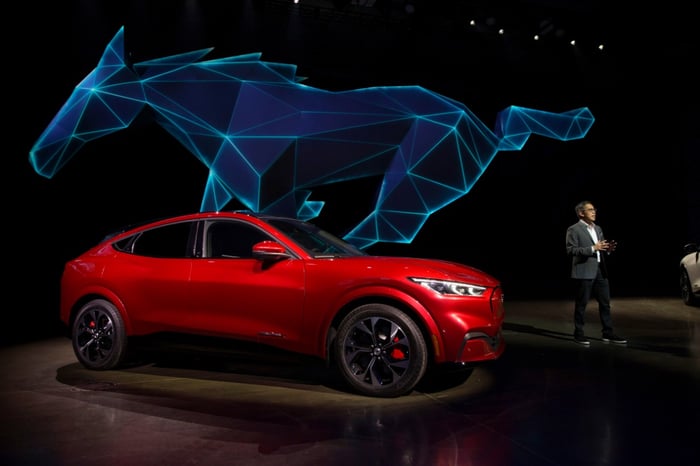 The electric F-150 development is under way toward a mid-2022 launch. Ford expects to offer its hands-free driving system in the new Mustang, a chance for it to show its internal software-development prowess.

Inevitably, not all of these investments in the future of transport will work out. Ford in 2016 acquired Chariot, a San Francisco-based commuter rideshare service, to boost its nascent Ford Smart Mobility subsidiary. Chariot was shut down in 2019, forcing Ford to take a $40 million charge. The success of other initiatives, including Ford’s 2019 acquisition of a defense contractor focused on mobile robotics, remains to be seen.

But even if Ford doesn’t bat 1.000 as it explores new technologies, its effort to both invest internally and bet on start-ups with specific expertise should go a long way toward making sure this century-old company doesn’t go the way of the dinosaurs, as new tech makes its mark on the auto industry.

FCA’s Mark Stewart on building a new auto assembly plant during a pandemic, jobs for Detroiters 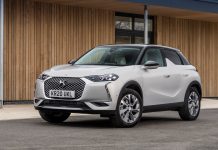 Abercrombie And Waihee On Leadership

Hellfire In California, Double Hurricane In Gulf — But Are Cheap Clean Energy & Electric Cars “Too Expensive”?

Lightyear: from a kitchen table to a solar car story that has reached more than 3 billion people

Waze 101: Using the App with Voice Commands on Android Auto and CarPlay