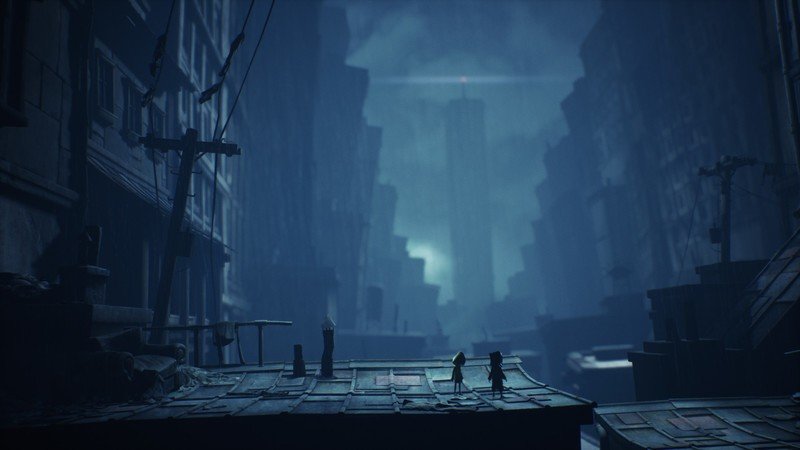 Little Nightmares 2 is an excellent puzzle platformer from Tarsier Studios. The game takes place in a twisted reflection of the world, filled with grotesque humanoid creatures and unsettling imagery. You guide Mono and Six through various haunting locations, avoiding towering enemies that want to very horribly murder you.

Little Nightmares 2 is not overly complex, but the game does have a few complexities that I wish I’d learned a little bit sooner. If you fancy becoming a Little Nightmares pro, here are some general spoiler-free tips to help you along the way.

Set in a dark world, Little Nightmares 2 is a haunting puzzle platformer that is as tense as it is beautiful.

Little Nightmares 2 is not combat-heavy, but it does involve occasional escape sequences where you have to flee from a chasing enemy (or several).

One particular maneuver that I didn’t realize I could do until halfway through the game was the running slide. This is handy at several points throughout the game, sliding out of obstacles or avoiding an enemy’s grasp. Indeed, it can be used a little bit like a dodge roll in some cases, letting you escape from getting hit.

While sprinting using the X button on an Xbox controller, hit the left trigger to crouch. This will make Mono slide forwards, letting you quickly enter vents or get under cover before you can be eaten!

Little Nightmares doesn’t have a single word of dialogue, save for Mono’s ability to call Six by yelling “hey” with the Y button. The entire story is told through brief interactions between Six, Mono, and the enemy characters, as well as the visuals throughout the game world.

The game is dripping with telltale details and imagery that inform the narrative of the game. Instead of rushing through, take a moment to look around each room and put the pieces together of what actually happened in this world. Why are eyeball icons painted everywhere? Why do all the humans seem to wear masks? Why are there television sets everywhere?

I won’t spoil the game with my own theories, but I suspect YouTube theorists will be agonizing over the hints in this game for months to come.

3. Use the right thumb-stick to look ahead

One thing I only realized partway through the game was that I could use the right thumbstick to control the camera. You know, like in basically every other game.

This can be handy for getting an idea of hazards that may lay ahead of you. There are a couple of sections towards the end of the game, which I won’t spoil, where planning your movement through a segment can be the difference maker between life and death.

A lot of the achievements for Little Nightmares 2 revolve around exploration and interactions with the environment. For example, in the first level, you can get an achievement simply for opening the fridge in the woodsman’s shack. There’s also an achievement for holding Six’s hand for a set period of time, which serves no other gameplay purpose besides being cute.

One of the things that make Little Nightmares 2 replayable is hat and secret hunting. Each level has a set amount of cosmetic hats Mono can wear, selectable through the main menu. These are sometimes hidden in simple places, but a couple of hats have their own puzzle segments to solve entirely. Don’t be afraid to stray from the main path to hunt these down.

If something in Little Nightmares 2 seems out of place, chances are it’s a hint at a secret you can find. As a hint, in the woodsman’s house on the first level, visit the attic, backtrack, and follow a gnome to a new area which will reward you with a special hat for your playthrough.