Apple’s confirmed an iOS 12.4 update and the firmware is now in beta testing ahead of the official release for iPhone, iPod, and iPod touch.

We don’t have an official iOS 12.4 release date yet, but iOS users who can’t wait for the release can try an early version of the software right now.

With the iOS 12.4 update confirmed, we want to take you through everything there is to know about Apple’s next (and probably last) major update to iOS 12.

In this guide to the iOS 12.4 update we’ll take you through iOS 12.4’s known changes, what you can expect from the iOS 12.4 release date and release time, key information about the iOS 12.4 beta, and more.

If you don’t want to wait for the official version of iOS 12.4 to roll out you don’t have to.

The iOS 12.4 beta is compatible with every device currently running iOS 12 which includes the iPhone 5s, iPhone 6s, iPhone 6, and many others.

Before you download the iOS 12.4 beta remember that pre-release software is almost always plagued with bugs and performance issues. These issues could impact the performance of your core apps, your device’s battery life, and its overall speed.

You should be able to fix some of these issues on your own, but some bugs and performance problems will probably require a fix from Apple.

Apple is currently on iOS 12.4 beta 2 and we’ll probably see a few more betas before the official version arrives for iPhone, iPad, and iPod touch.

Apple hasn’t confirmed an official iOS 12.4 release date or release window, but you can expect it to arrive sometime this summer ahead of the iOS 13 release in the fall.

We expect iOS 12.4 to tie-in with the company’s Apple Card release this summer which means we’ll probably see it emerge sometime in late June or July. At the very latest, iOS 12.4 will arrive in August.

Apple will likely want to put some space between the iOS 12.4 release and iOS 13’s release this fall alongside brand new iPhone models.

When iOS release dates get close, Apple releases the developer and public betas on the same day. The company also shrinks the gap between beta releases.

For instance, Apple released iOS 12.3 beta 4 and beta 5 the same week. A week later, the official version of iOS 12.3 rolled out a week later.

Keep your eyes peeled for these developments. You’ll know the release is close once this starts happening.

We don’t have the official iOS 12.4 release date just yet, but we know exactly when Apple will roll the software out on release day.

The iOS 12.4 update will likely arrive around 10AM Pacific whenever Apple chooses to release it.

Apple will also release iOS 12.4 beta updates for developers, and those in the Beta Software Program, in and around 10AM Pacific. The company typically releases new beta updates every 1-2 weeks.

Here’s what you can expect from the iOS 12.4 release time in the United States and countries around the world:

Keep this timeline in mind if you plan to install the official version of iOS 12.4 or new iOS 12.4 betas right away.

iOS 12.4 is a milestone upgrade which means it will carry a mixture of bug fixes, patches, and new features. We expect the iOS 12.4 update to bring support for Apple’s new Apple Card credit card with new features in the Wallet app.

Apple employees are reportedly using the iOS 12.4 beta to test the new credit card ahead of launch.

Apple could choose to add, or subtract, features in future betas so keep an eye out for changes as we push closer to the official release.

There are a couple of ways to jailbreak iOS 12.

You can jailbreak your device using the Chimera tool if you’re running iOS 12.0-iOS 12.1.2. It’s a semi-tethered jailbreak and it supports newer models like the iPhone XS.

You can also use the unc0ver jailbreak tool though devices using the A12 processor like iPhone XR, iPhone XS and iPhone XS Max aren’t supported.

Jailbreak developers typically don’t burn their exploits on pre-release software so jailbreak users should avoid the 12.4 beta for now.

Why Did Microsoft’s Retail Stores Die as Apple Stores Thrived?

What is it and is there an Android alternative? 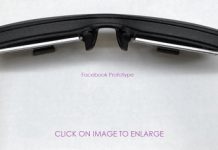 Knowing what Apple’s Research Team are up to for Next-Gen VR/AR Devices, Facebook Reveals their Next-Gen Glasses with Holographic Lenses 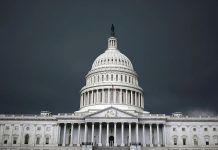 From the Editor’s Desk: More rumors, concepts, and Hamilton!

When will Apple release watchOS 7 for Apple Watch?