While the Osaka Prefectural Board of Education Secretariat began this month allowing elementary and junior high school students to take their smartphones to school, the result shows strong concerns remain among parental guardians.

The survey was conducted in early March on 760 parental guardians who have children between fourth and sixth grades at elementary school, or attending junior high school.

Among those who have elementary school children, 60.5 percent of respondents answered “against” or “somewhat against” children going to school with smartphones. The figure came down to 47.9 percent for those who have junior high school students.

On the questions allowing multiple answers, when asked why they were opposed to bringing smartphones to school, 79.1 percent of respondents answered, “It would become a cause of trouble.” The second most common answer was “It would disturb study at school,” at 57.8 percent.

The percentages of parental guardians who have allowed their children to carry their own smartphone was 40.8 percent for those whose children are in elementary school and 72.4 percent for junior high school.

The Education, Culture, Sports, Science and Technology Ministry in 2009 notified related educational organizations of its policy to in principle prohibit children from bringing smartphones to school. However, the ministry is reexamining the policy in response to the Osaka education body’s decision.

Kazuo Takeuchi, a University of Hyogo associate professor and expert on internet issues, points out: “Many parental guardians are concerned about such problems as stealing and bullying, as well as negative influence on children’s studies. We must have a careful discussion on the issue. 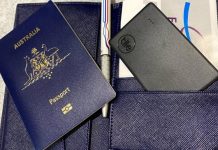 Scots have ‘blood on their hands’ over smartphone murder mineral

Oppo A31 to land in India next week

Man steals $13,000 worth of phones from three stores in one hour

The Best Android Phones of 2020

Coronavirus will lead to a further drop in smartphone shipments — Quartz