9 best Apple TV Plus shows and movies to watch now


When it comes to Apple TV Plus‘ best shows and movies, many could be forgiven for thinking the list starts and ends with the antics of a mustachioed American named Ted Lasso. Fortunately, that’s not the case.

Over the last years since its 2019 launch, Apple TV has slowly built a worthy library, especially for its low price ($4.99 per month). This list includes excellent shows about to deliver their third seasons, excellent sitcoms, fantastic films and some neat surprises. Music documentaries, it turns out, may be one of Apple TV Plus’ core competencies.

While Apple TV Plus doesn’t own a slot on our best streaming services list yet, more shows and movies as good as these could get it there.

Fans of Broadway musicals — particularly mid-century musicals — should make a plan to visit Schmigadoon!, Apple TV Plus’ stab at a show where everyone’s prone to breaking out into song. Keegan-Michael Key and Cecily Strong play a couple out on a hike who stumble into the mythical village of Schmigadoon and discover that anything from a lover’s spat to a bowl of corn pudding is likely to trigger a big Broadway production number. They also discover that they can’t escape Schmigadoon until they’ve found true love. It’s hard to say which discovery is more horrifying.

Schmigadoon is packed with a supporting cast of Broadway heavyweights including Kristin Chenoweth, Ariana DeBose and Aaron Tveit, among others. And the references to everything from Carousel to The Music Man to Oklahoma! fly thick and fast. That the songs are actually pretty toe-tapping will make even people who shy away from musicals succumb to Schmigadoon’s charms. — Philip Michaels

If any Apple TV show needs no introduction, it’s Ted Lasso. The story of the titular American college football coach who manages to find himself in over his head coaching the other football (call it soccer if you must) in the United Kingdom is likely the most-loved Apple TV Plus series, if not the most buzzed about online. It’s not hard to see why Ted Lasso drew a strong fandom in short order, either.

Arriving during the Covid-19 pandemic, when everything was dire, Ted Lasso’s brand of wholesomeness (from the character and the show) was a winning strategy. As a coach of a losing team, Lasso’s upbeat energy completely upended the toxic masculinity that was always just about to rip AFC Richmond apart. And the show’s upbeat energy helped it stand out from the sea of depressing prestige TV (which we still love). And while season 2 wasn’t always a crowd pleaser, the latter half ended well enough to have us excited for Ted Lasso season 3. — Henry T. Casey

Tailor-made for fans of musicals and the animated series Bob’s Burgers, Central Park posits that families actually live in NYC’s iconic park. In this case, it’s the Tillerman–Hunter family, which makes sense as patriarch Owen Tillerman (voiced by Leslie Odom Jr.) is the park manager. Much like Bob Belcher, though, Owen doesn’t get much respect from anyone around him, even as he does his best to make sure the park stays in pristine condition. Filled with excellent songs, a fantastic cast and plenty of laughs, Central Park is probably the best Apple TV Plus show that more people should be watching.  — Henry T. Casey

The Morning Show has been a story of the reinventions of television, not just in the show-within-a-show hosted by Alex Levy (Jennifer Aniston) and Bradley Jackson (Reese Witherspoon), but the series itself. While season 1 of TMS focused on the downfall of talk show host Mitch Kessler (Steve Carell) due to sexual impropriety at the workplace, the series was never meant to take that angle on — but was later reworked to do so (following the news of Matt Lauer’s misconduct).

The same thing happened in the second season, where The Morning Show — which is practically required to be topical — fit the Covid-19 outbreak into its story. While the second season is a bit more soapy, it seems to have discovered a better sense of the kind of drama it is. — Henry T. Casey

In the annals of “shows we never knew we needed,” Mythic Quest ranks highly, because a live action series about the life of video game developers just didn’t sound riveting. Our opinions changed, though, when we met the egotistical Ian Grimm (Rob McElhenney), the timid Poppy Li (Charlotte Nicdao) and the rest of the dysfunctional team behind the online game Mythic Quest.

The secret sauce of Mythic Quest is that McElhenney isn’t the only veteran of It’s Always Sunny In Philadelphia on hand. Both Charlie Day, Megan Ganz and David Hornsby (who is also in the cast) executive produce Mythic Quest. While Mythic Quest’s characters are less heinous than the Sunny gang, you can see that the show carries the excellent banter from that series over. — Henry T. Casey

The show about one of America’s greatest poets is fittingly lyrical, beautiful and brief. Hailee Steinfeld stars as Emily, the often-misunderstood middle child of her family who has a penchant for penning verses that cut right to the bone (and heart). Dickinson is brimming with anachronisms in the language, casting and needle drops. But they’re never jarring; instead, they connect the modern viewer to the still-relevant difficulties faced by a young, ambitious, talented woman. As she grapples with her place in the world, her sexuality and her legacy, Emily turns her feelings into poems that will ultimately transcend time. — Kelly Woo

The fascinating “what if” premise is just the start of the amazing, wild ride that is For All Mankind. In the first moments of the series premiere, the Soviets beat America to the Moon. Thus, the space race never ends and an entirely different version of history is born. If the U.S. couldn’t put the first person on the Moon, they want to win at other accomplishments like building the first permanent lunar base, establishing a permanent rotation of residents, and being the first to step foot on Mars. The careful plotting and development of characters results in a thrilling season 2 finale that puts mankind on the brink of potential nuclear annihilation and devastation. — Kelly Woo

The Beastie Boys (MCA, Mike D and Ad Rock) were one of the most popular rap groups of their era, but never got to tell their own story until this Spike Jonze-directed feature. But the film isn’t your standard documentary. Instead, it’s a recording of a live stage show with Mike D and Adam Horovitz telling their stories on stage, with archival footage mixed in. A true must-watch for any Beasties fan, Beastie Boys Story is easily one of the best Apple TV Plus movies. — Henry T. Casey

The acronym in the title stands for “child of deaf adults,” and in this case, it’s 17-year-old Ruby (Emilia Jones). Living in Gloucester, Ruby interprets for her deaf parents (Marlee Matlin and Troy Kotsur) and deaf older brother (Daniel Durant), plus helps out with the family’s fishing business. Encouraged by a music teacher, Ruby develops a passion for singing, which mystifies her parents. It also hurts them — her mother asks if she would want to paint if they were blind. With a big choir audition coming up, Ruby feels torn between her dreams and the needs of her family. The heartwarming story, fine performances and excellent sound production made this one of the best movies of 2021. — Kelly Woo

The Tragedy of Macbeth

Take it from me, someone who is no fan of the works of William Shakespeare, and never really got a grip on the way he writes: The Tragedy of Macbeth is a phenomenal film. Director, producer and writer Joel Coen brings an artfully minimalist look to The Scottish Play, though it’s Denzel Washington’s gripping performance as Lord Macbeth that makes the film emotionally powerful whether you can translate each line or not. Additional points are given for how this take on Macbeth shows an actually positive and loving relationship between the Lord and his Lady Macbeth (Frances McDormand). — Henry T. Casey

Much like Beastie Boys Story, the 2021 documentary The Velvet Underground is a huge treat for fans of the band. The film’s success is derived from director Todd Haynes, who’s created a visually dynamic collage from the source material provided to him. Interviews with John Cale and Maureen “Moe” Tucker help ground the film in storytelling, as Haynes isn’t interested in narrative arcs. — Henry T. Casey 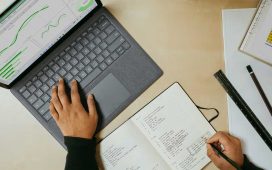 For under $30, this collection can turn you into a Microsoft Office expert 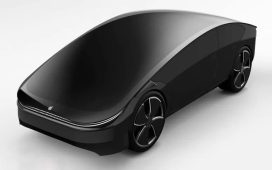 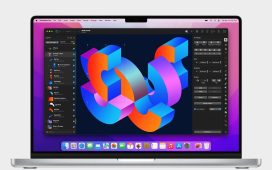 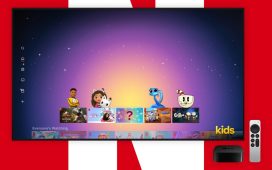