I’m one of those types of people who waits until the very last minute to find a Halloween costume, and thanks to last year’s attempt at buying one at a local costume shop the day before Halloween, I will just settle for the things I have lying around in my house from now until eternity. It’s like Black Friday chaos, only with more gropers.

So, the purpose of this roundup is last-minute Halloween costumes using nothing but the things you have lying around your home. Seriously, this is as simple as it gets, with as little work and materials as possible. I’m not talking Twister costumes either. Who actually owns Twister? I mean like go into your closet and grab some markers.

No, I’m not talking about this Pumpkinhead, which would take a lot more time and effort to pull off, but a simpler version. Basically, just cut a hole in the bottom of one of the large jack-o’-lanterns on your porch (or somebody else’s) and slap it on your head. Done.

You may not recognize the name, so let me rephrase that for you… Tom Cruise in Risky Business. Drop you pants, don some sunglasses, and grab something nearby to lip-sync into and you’re set. It never gets old, no matter how bad the movie sucks.

Not only will this one be hot this year thanks to Beyoncé, but it’s as easy as drawing on posterboard. If you don’t have any art skills (or an Instagram account), I’d skip it, but if you can work some scissors and a blue marker, why not?

If you have a black Sharpie and a junk T-shirt or hoodie you don’t mind ruining, the Error 404 shirt is pretty much the easiest Halloween costume ever, and perfect for today’s Internet-driven world.

I know, this is like the oldest costume ever, but there’s a reason why this one is still around. It’s easy, and anyone with a bed and a pair of scissors can do it.

Add a large kitchen knife and a pair of glasses and you’ve instantly turned into Michael Myers from the original Halloween.

Hell, it even makes a good last-minute costume for your pet.

Orange may be the color of jack-o’-lanterns, but black is most definitely the color of Halloween, so it seems logical that dressing up in all black will be enough to go trick-or-treating with. Just don’t take that as Orange Is the New Black or anything and go all blackface on us, because that’s unacceptable—period—no matter how many celebrities try it.

You can do so many different things with the black clothes in your closet… DIY ninja costume, DIY burglar, DIY cat burglar, DIY shadow… you get the point.

You only need a T-shirt for the ninja mask. For the burglar, dark pantyhose will do, or a ski mask, balaclava, or black beanie. For the cat burglar, just attach some paper ears, or draw a mustache on your face, à la Amanda Knox. Shadow is pretty self-explanatory, right?

7. Write on Your Face

There are tons of movies and TV shows were the characters had words or symbols scribbled on their faces, so take your pick, grab a marker, and get scribbling. For an example, draw a bunch of crosses on your face like madman John Trent (Sam Neill) from In the Mouth of Madness. Chain smoking is optional.

8. Tape Magazines to Your Arms

If you’ve seen World War Z, you know what I mean. Magazines are the best way to protect yourself from a zombie bite, as Gerry Lane (Brad Pitt) showed us so skillfully. Actually, you can use anything that’s thick and bendable. If nobody gets it, you can just say your protecting yourself from dogs with rabies. Zombies, canines, same thing.

With the comeback of Arrested Development this year on Netflix, what’s easier than writing “SLUT” on a red shirt like Lindsay, or showcasing your gymnophobia by stripping down to your jean shorts like Tobias?

We’ve got plenty. Check out this costume guide to see more last-minute ideas, like the Brawny guy, a stick figure, and a nude Rihanna. Or this one for Charlie Brown, Hesher, and candy corn. Maybe less is better in your case, like the girls from the “Blurred Lines” video. 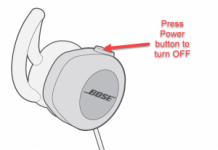 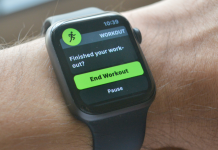 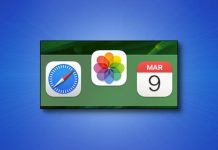 How to Add an App to the Dock on a Mac 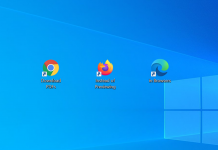 How to Download PDFs Instead of Previewing Them in Chrome, Firefox, and Edge 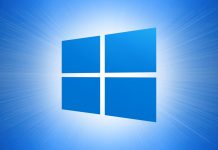 How to Disable Your PC’s Power Button on Windows 10

Apple’s ‘Spring Loaded’ event: start time and how to watch the live stream

What to Look for in a Computer Monitor – Review Geek 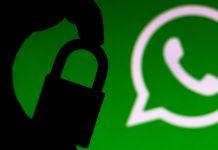 Is WhatsApp End-to-End Encrypted, and Does That Matter for Privacy? 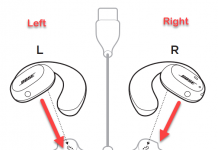 How To Fix Mpow Flame Bluetooth Headphones Will Not Charge 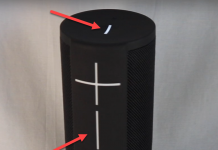 Fixing UE Megablast Will Not Turn On Problem