Premium Sony phones like the Xperia 5 II are hard to review. They’re made for a very specific demographic — one so specific as to comprise roughly zero percent of the market. They’re made for people who want both niche features like a physical shutter button and features that used to be common but now aren’t, like headphone jacks, expandable storage, and displays without notches or hole-punches.

And that’s fine! If you’re a member of that subset of a subset of consumers, you’ll probably like the Xperia 5 II very much. But the phone costs $950, which, after a barn burner of a year for very competent phones that cost $800, $700, $600, and less, is a bitter pill to swallow. That super-premium pricing plus the company’s refusal to support competitive features like wireless charging and 5G connectivity — increasingly common even in the mid-range — just about guarantees Sony won’t move many of these phones.

Design, hardware, what’s in the box 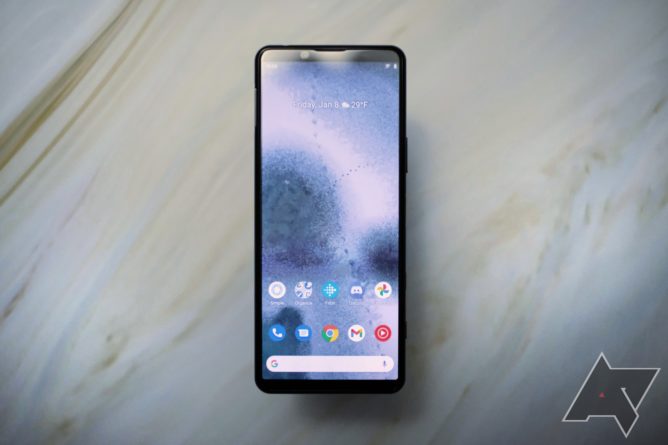 The Xperia 5 II is a very well-built phone. Its petite 68-millimeter width — narrower than even the pleasantly compact Pixel 4a — and solid construction give it a very nice feel in the hand. But being a Sony phone, it’s tall — just a hair shorter than the Samsung Galaxy S20+. I don’t know why Sony’s clinging so tightly to the 21:9 display aspect ratio; there’s basically no content that natively fits it exactly, and that extra half-inch or so of vertical space when viewing an app or website isn’t especially valuable. But the smaller the phone is, the easier that design quirk is to live with, and I generally like handling the 5 II. The screen itself is great, too: it’s a 1080p OLED with a 120Hz refresh rate. There are slim bezels at the top and bottom of the screen to accommodate the selfie camera and stereo front-facing speakers. 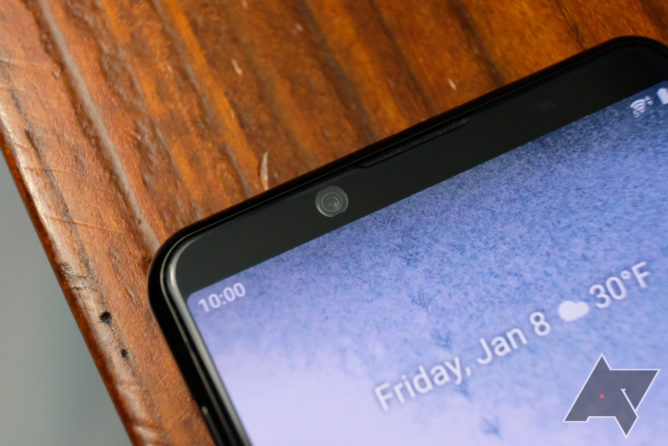 The selfie camera is in a good old-fashioned bezel.

The phone is a glass sandwich, with a glossy Gorilla Glass 6 rear panel and a polished aluminum frame. That gives it a sleek, premium look, but it also makes the phone exceedingly slippery; it slides off any surface you set it on that isn’t perfectly level. Sony had the foresight to apply an oleophobic coating, at least, which helps limit fingerprinting. Still, glossy glass seems to be on the way out as the smartphone finish du jour, and I won’t miss it when it’s gone. It’s especially vexing here because it’s entirely for show: the Xperia 5 II doesn’t support wireless charging. 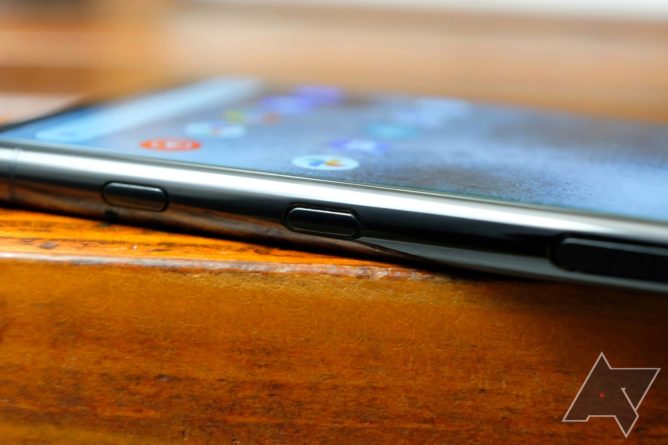 The 5 II’s Assistant key is one of five buttons on its right edge.

On the right edge, there are a whopping five buttons: volume keys, a combination power button and fingerprint sensor, a dedicated Google Assistant key (which, unfortunately, can’t be reprogrammed), and a two-stage shutter button. The top edge has a headphone jack that I wish were on the bottom, which houses only a USB-C port and a microphone. Like many other Sony phones, the combination SIM and MicroSD tray on the 5 II’s left edge is cleverly engineered to be removable without an ejector tool, which is a neat touch.

In the box, there’s the phone itself and the standard literature, plus an 18-watt USB-C PD brick with a C-to-C cable and a pretty good pair of 3.5-millimeter earbuds.

Sony’s phones don’t come with any heavy-handed software embellishments, and I very much appreciate that about them. Outside of a custom always-on display, some multitasking features, and an easily disabled “side sense” menu, you’re more or less looking at stock Android 10. There aren’t even any duplicate system apps; Google’s apps are the defaults for most actions. That includes the dialer, complete with what’s probably my favorite Pixel feature: call screening.

The light customizations Sony does bring to the table are fine. Side sense lets you double-tap a section on the edge of the screen to bring up a customizable grid of apps and other shortcuts, and you can easily switch which apps are shown on the top and bottom of your screen while multitasking. If you hate those features, side sense can be disabled, and you can just ignore the additional multitasking options.

Left, center: Side sense. Right: You can easily cycle through which app you want on each side of multitasking view.

With the tried and true 2020 flagship combo of a Snapdragon 865 and eight gigs of RAM, the Xperia 5 II easily handles multitasking, games, you name it — it can go toe-to-toe with just about any other phone from the past year. The 5 II does basically everything you could expect an Android phone to do without putting up a fuss.

I say basically anything because it’s missing one feature you’d expect out of an 865-equipped device: like the Xperia 1 II before it, despite packing all the necessary hardware, the 5 II lacks the certifications required to operate on 5G networks. If you’re buying a phone today that you aim to keep for two or three or more years, you’re going to want 5G by the end of its lifespan. Functionality aside, this phone starts at an MSRP of $950, and not wringing every possible ounce of potential out of its hardware is kind of insulting. There are $400 phones with 5G.

Fortunately, even with the display set to 120Hz, battery life is solid. Most charge cycles saw me through about six hours of screen time, which, during stay-at-home life, is pretty comfortably two days of mixed-use for me. If you bumped the refresh rate down to 60 and babied it, I wouldn’t be surprised if you could squeeze eight screen hours out of the Xperia 5 II’s 4,000 mAh cell. It supports wired charging at up to 21 watts via Power Delivery 3.0 and comes with an 18-watt USB-C power brick. It doesn’t support wireless charging, though, which at this price point is patently ridiculous. 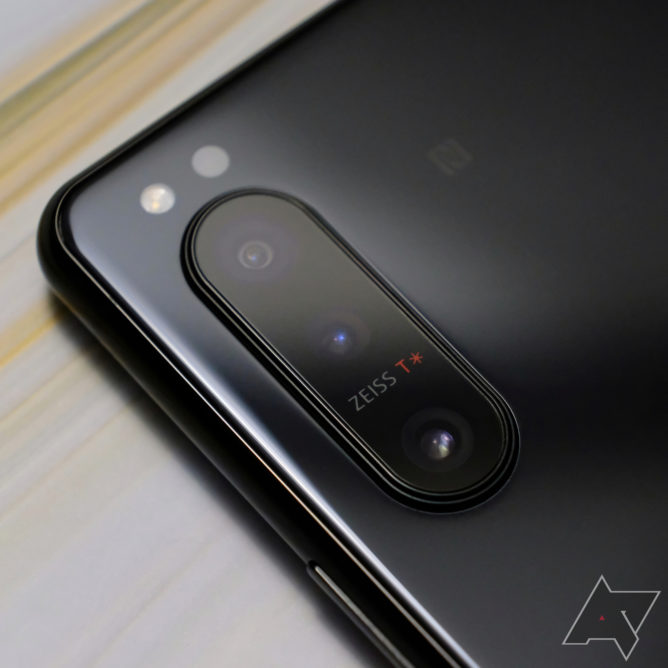 Sony makes the camera modules in tons of phones from various manufacturers, including those found in Pixel phones. It also makes some of the best DSLR and mirrorless cameras you can buy. With those imaging chops, you’d expect photos from its flagship phones to blow you away.

And the images the Xperia 5 II kicks out are pretty good! With enough light, detail is sharp, and colors are fairly accurate (if a touch under-saturated), especially from the primary camera. Low-light shots are pretty impressive, too, even if they take just a beat too long to capture.

But the Xperia 5 II isn’t quite in the same league as the leaders in mobile photography, the Pixel and the iPhone — and both the Pixel 5 and the iPhone 12 start at prices well under the 5 II’s. That’s to say nothing of the even-less-expensive Pixel 4a and iPhone 12 Mini, which also outclass Sony. 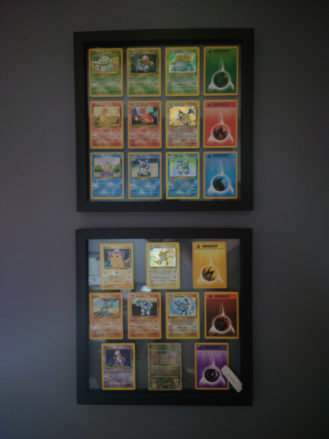 Sony’s low-light mode is slow, but it captured a lot of light in this shot taken in a mostly dark room.

Sony tries to differentiate itself here with the inclusion of both a two-stage shutter button and a pretty feature-rich manual photography mode. Now, I’m no stranger to Real Photography™; I shoot using an interchangeable-lens mirrorless camera with manual settings all the time. But after playing around with the mode, I’m at a loss as to who it’s really for.

You can set a bunch of parameters like focus, ISO, exposure, and white balance by hand. It can be fun to tool around with, and it does enable some artsy shots you wouldn’t be able to get on auto, but the idea that this feature is a selling point — something that makes the 5 II worth hundreds of dollars more than similarly-equipped competition — is just silly. I can’t imagine any professional photographer is going to buy this phone and use it for work, and the fact that it’s so expensive negates any value it might have had as a teaching tool for budding shutterbugs.

I’m not down on the idea of a manual mode on principle, but it’s not a reason to buy this phone over any other. If your top priority is a Sony camera that fits in your pocket, you can pick up a used late-model RX100 for less than the price of an Xperia 5 II, and it’ll take better photos.

Should you buy it?

In a vacuum, the Xperia 5 II is a good phone: it’s well built, it’s a strong performer, and it takes nice photos. If you like compact devices, it’s certainly a better phone than the Xperia 1 II, which had a 60Hz display and an are-you-serious $1,199 MSRP. But I wouldn’t buy it.

It’s impossible to assess a phone’s value without comparing it to alternatives. If it’d gotten the 5G certifications, jammed a wireless charging coil in there, and knocked $100 or so off the price tag, Sony could’ve had a winner on its hands here. But in a world where you can get a Samsung Galaxy S20 FE for $699, or an iPhone 12 Mini for $729, or a OnePlus 8 Pro for $799, charging $949 for the Xperia 5 II is bananas. Those phones take fine photos, too, perform as well as or better than the 5 II, and they all have 5G and wireless charging — which should really be givens in any device north of $600 by now. With the Xperia 5 II (and, to a lesser extent, the Xperia 1 II), Sony was close to building a phone that would satisfy both the niche audience that’s come to fervently love its devices and mainstream high-end smartphone consumers, but it chose not to do that, for reasons I can’t begin to guess.

If you value the exact combination of the 5 II’s unique features like its tall, narrow body, physical shutter button, uninterrupted display, and headphone jack, live your truth and pick one up. On its face, it’s definitely not a bad phone. But considering the corners that were cut relative to similarly-equipped alternatives, I can’t really recommend it at $949. 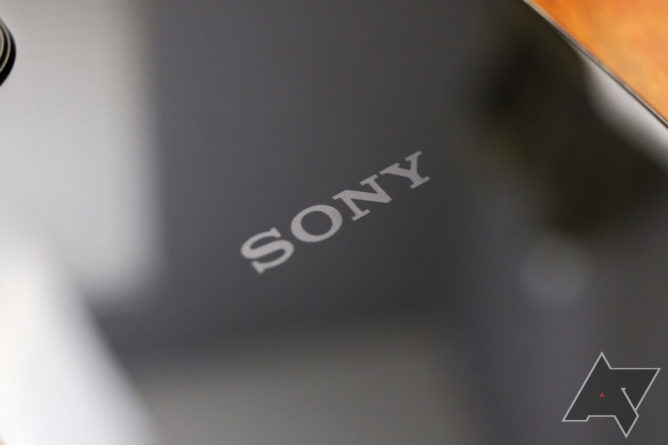