There’s a word that keeps popping up in “Screened Out,” Jon Hyatt’s must-see documentary about screen addiction in the age of mobile technology. The word is dopamine. That’s the neurotransmitter that sends signals to other cells, along pathways linked to pleasure and reward-motivated behavior. The idea that smartphones trigger our pleasure centers isn’t news, but “Screened Out” is all about the ways that the devices have been designed to do that very thing. That’s why we’re addicted to them. That’s why they’re rewiring our brains.

Since this is a review of a documentary about the insidious effects of technology-as-diversion-as-social-consumerist-engine-as-mind-control, it seems incumbent upon me to say something like, “Here’s a movie that was made for the pandemic, because we’re all trapped at home now, mediating the world through our screens.” Well yes, we are, and yes, if you’re looking for a movie that can provide food for thought about the moment we’re all in and the way we’re all navigating it (I don’t know how many hours a day your kids spend on screens, but my kids…well, I’m too embarrassed to confess it), then this one hits the chewy, disturbing, and fascinating sweet spot. “Screened Out” is a movie about the way we live now — and I mean now, when our entire lives have become virtual.

But it’s also a movie about the way we’ve been living for the past 15 years, ever since the advent of the smartphone. (Remember when the BlackBerry, introduced in 2002, was nicknamed the CrackBerry?) The reason this really is about phones is that up until the smartphone takeover, your computer wasn’t a casual physical extension of you. It wasn’t the Internet-as-that-thing-sitting-in-the-palm-at-the-end-of-your-left-arm. The smartphone turned the computer into the mirror that hypnotized us into staring at it. And “Screened Out,” in an appropriately brisk, lively, and heady 71 minutes (a movie about the ADD culture of technology addiction should not commit the sin of being overly long), investigates how the smartphone became an obsessive-compulsive religion, lifting us out of the banality of our lives and into the higher banality of our unreal aspirational navel-gazing digital selves-who-aren’t-quite-selves.

The movie takes off from the way we reach for the screen to fill that itchy metaphysical void, the feeling of lull that can seize us anywhere: in line at a bank or at a fast-food restaurant, waiting for an elevator, standing in the kitchen at home waiting for the pasta to cook. (I love to cook, and always say that I value the serenity of cooking, but that serenity is now marked by periodic glances at my phone.) The lull, and the compulsion to answer it, is the equivalent of an addict’s hunger — the craving for a drink or a snort or a pill, the hole that needs filling, the desire that says feed me. Here it’s our central nervous system saying “Stimulate me.” Give me a news trigger, an Instagram like, a scroll of self-righteous Twitter babble. But what it’s really saying is: Give me the next. Anything to spin me past the unbearable present tense of being.

Okay, we probably all know this. So why watch “Screened Out”? Because it shows you something you didn’t know.

The director, Jon Hyatt, confesses to his own screen addiction (“It pulls me away from my work, my children, and my relationships”), and then, in the midst of trying to change those habits, he goes off to talk to a vibrant array of authors, pundits, and reformed tech wizards who lay out how the world as we know it came into being. What we’re addicted to, they say, is a system of “intermittent rewards” analogous to the jones fed by slot machines. Decades ago, the behavior-mod guru B.F. Skinner conducted an experiment with a pigeon pecking a button to get a reward. The pigeon wasn’t as interested when the reward came every time, or even on a set schedule. He was most interested when the reward came seemingly at random. That’s when the pigeon got hooked. (That’s why people gamble for hours.)

“Every time we remove the device from our pocket and scroll,” says Hyatt, “we anticipate a reward.” It could be a like, a nugget of gossip, or a text-message reply that affirms the coolness of our previous text message. The rewards arrive sporadically — not all the time, but it’s that very rhythm that’s the lure. And FOMO (Fear of Missing Out) is the secret sauce. In the fraudulent playground of one-upmanship that is social media, every message has the potential to clue you in, and therefore to take you away from the loser identity that is you without social media.

At an Axios event in November 2017, Sean Parker, the former president of Facebook, gave a rare candid interview in which he came clean about how the tech companies manipulated us into becoming addicted to their products. We see him onstage, talking about how the new world was calculated “to give you a little dopamine hit every once in a while, because someone liked or commented on a post or a photo or whatever…It’s a social-validation feedback loop. You’re exploiting a vulnerability in human psychology…The inventors and creators understood this, consciously, and we did it anyway.” The former Facebook executive Chamath Palihapitiya echoes the calculation behind the dopamine hit and takes it a step further. “We have created tools,” he says, “that are ripping apart the social fabric of how society works.”

He means that people are being taught, systematically, how not to talk to each other. That sounds like a cliché critique of the online era, but just look around you: Impatience with what we used to call conversation is becoming the new MO. And where “Screened Out” truly waves the flag of dismay is in relation to children, who are being addicted, at an early age, to a never-ending alternate universe of digital immersion. The film makes the hugely revealing point of how many Silicon Valley executives send their kids to Waldorf Schools or places like the Peninsula School, where screens aren’t allowed. (Steve Jobs didn’t let his children have an iPad.) They’re the people who know, more than anyone, how this stuff shapes children’s minds and souls, because they invented it. And they don’t want their kids near it.

The cult of technology is driven by profit, of course: the data-mining, the remaking of human beings, especially when they’re teenagers, into aspirational empty vessels who use every moment to brand themselves. But the most interesting point made by “Screened Out” is what all of this is replacing. We’re being hard-wired to escape, at every moment, from boredom — and as someone who has always run from being bored, I plead guilty to joining in the I-click-therefore-I-am scam of it all. But in the movie, the author Alex Pang speaks with eloquence of the risks of eliminating boredom. Psychologists and neuroscientists actually think that our minds do a great deal of valuable work when we’re confronted by boredom. They call it “mind wandering.” But a mind that won’t let itself wander is a mind that will go nowhere.

Third suicide for Smartphone in Tripura during Covid pandemic

Top 5 non-Chinese smartphones from Lava, Micromax, Samsung and Nokia that you can buy under ₹12,000 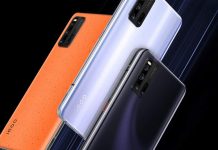