Apple’s AirDrop is one of its ecosystem’s most useful tools. Offline wireless file sharing without head-bashing frustration – it’s been a notable missing feature on Android devices since AirDrop was first introduced to iPhones in 2013. Finally, it looks like Google has created  a solution, called Nearby Sharing. And to say it’s overdue is an understatement.

We’ve seen Android file sharing solutions from manufacturers far and wide. Huawei was the first to come up with one; the aptly named Huawei Share worked fantastically – if you had a Huawei Android or Windows device.

OnePlus also has its own service called FileDash, though, again, this only works with OnePlus devices, and Mi Share is Xiaomi’s proprietary alternative.

Xiaomi, Oppo and Realme are doing a bit better here. The three Chinese brands united and are refining and rolling out their sharing solution, File Transfer which works across their phones. It’s already up and running on devices like the Realme X2 Pro and Xiaomi Mi Note 10.

Most recently, according to leaks, Samsung has joined this ‘AndroidDrop’ party (anyone who thought Android fragmentation isn’t a thing clearly lives on la la land). It’s version of AirDrop, called Quick Share was leaked by Max Weinbach at XDA Developers and looks set to work on Galaxy devices exclusively.

But wouldn’t it be wonderful if a feature like this was baked into Android and we could just forget about all the above services? We’re hoping that’s what Google’s Nearby Sharing will do. XDA Developers has managed to activate it early and get it to work on two Google Pixel 2s (as you can see in the video above).

XDA also confirmed that it has been found to work on a OnePlus device, suggesting it could be rolled out to all Play Services certified Android devices.

While there’s been nothing official from Google thus far regarding the Android file sharing feature’s release, we’re expecting it to launch officially at Google I/O 2020, which kicks off on 12 May.

CR: Chinese market accounted for nearly half of all 5G smartphones sales in 2019

CR: Chinese market accounted for nearly half of all 5G smartphones sales in 2019

Researchers Reveal the Damage of Smartphone Addiction to the Brain 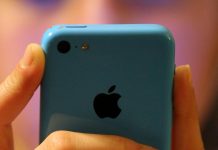