Last week, tipster L0vetodream hinted that despite a busy few months that has seen the launch of new watches, iPhones, Macs and a HomePod mini, Apple isn’t done yet.

“You’ll get a Christmas surprise from Apple,” the leaker tweeted before adding “winter exclusive, good for winter.”

What could that be? Well, nobody seems to know for sure, including another established Apple leaker Jon Prosser, who put out a video with a section dedicated to this rumor, but ultimately came up with no definite answers.

AirTags – Apple’s location tracking answer to Tile – is one possibility, and has been ready to go for some time according to Prosser’s sources, backed up by code in the iOS 14.3 beta. But they don’t exactly fit with the whole ‘good for winter’ thing.

Likewise AirPods Studio – a product that Prosser previously cited as available by December “at best” – is another possibility, but again not hugely Christmassy, unless you consider the cups to have an earmuff-like warming quality.

Those are the only imminent bits of hardware that we know about, but of course L0vetodream never specified that this surprise would be something physical. Could it instead be software based? That’s the opinion of LeaksApplePro, who tweeted “probably some kind of free software. No hardware.”

Certainly Apple now has a lot of options here, especially in terms of subscription content. There’s so much, in fact, that Apple now offers subscribers the option to get its music, TV, games and news offerings all in one place with Apple One. Could the company be planning on making any one of these free over the holiday season? It’s possible.

Or it could be something simpler than that. Apple Fitness Plus is listed on the Apple One website as “coming late 2020”, so that’s possible. Or maybe we’re just going to get an exclusive Christmas blockbuster movie coming to Apple TV Plus?

We’ll have to wait and see, but with Christmas just over a month away, we’ll know soon enough.

The best Black Friday sales around the web 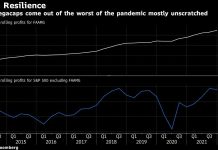 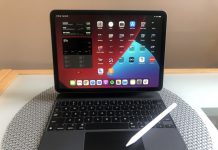 Apple’s Magic Keyboard for iPad drops to $199 at Amazon