All the announcements that matter


The annual Oculus Connect developer conference has arrived. Here’s a look at what was announced during the event’s main keynote.

The conference, held in San Jose, is where virtual reality developers go to see what’s next in immersive technologies. Facebook, the owner of Oculus, has put on five Oculus Connect shows to date, and this one was perhaps one of the more memorable. Here’s why.

The main keynote kicked off at 1pm EST (6pm UK time) on 26 September. During the keynote, executives like Facebook CEO Mark Zuckerberg and VR VP Hugo Barra took the stage to announce everything from a new standalone headset to upcoming VR experiences.

How to watch the keynote

The keynote is done, but you can watch it after the fact here:

If you’d rather not watch the nearly two-hour-long keynote, here’s a breakdown of all the announcements that matter:

Oculus announced the Oculus Quest, a new standalone VR that’s coming next spring for $399. The new platform sits between the current $199 Oculus Go and the original Oculus Rift, also currently $399. It is completely wireless, and it’s made for “Rift-like” experiences.

An update to the Oculus mobile app for Android and iOS has brought Rift support, so you can control your VR experience away from your PC. You can connect with friends, find events, shop the Oculus Store, and download VR games. The updated app is available now.

Oculus announced a number of updates to its entry-level Oculus Go standalone VR headset, including new visual rendering features that will boost optical quality, as well as YouTube VR support. The headset will also get the ability to perform fixed foveated rendering – so that the headset focuses its most detailed rendering on the center of each display to save processing power elsewhere.

Oculus announced Expressive Avatars. These new avatars are meant to appear more lifelike and will use “simulated eye and mouth movement and micro-expressions,” according to product manager Lucy Chen. Oculus first announced its Rift avatars in 2016. They’ve come a long way since their original opaque figures. Oculus’ new expressive avatars have a more high-fidelity avatar design, but still cartoony.

The avatars can be used in Oculus Home, the virtual room you launch into when you put on a Rift headset, as well as in social apps.

Oculus also announced updates to the Rift Core 2.0 operating system, which is moving out of beta and will be available for everyone in early October, though the public can access it early through the Public Test Channel starting Wednesday. In addition to expressive avatars, Core 2 brings new features like the ability to customise the Home space with hundreds of new items and themes.

Oculus has also improved the performance of Home, so lighting and graphics should look better.

Oculus previewed what it called “Hybrid Apps”. These will basically bring existing desktop applications into VR. As you can see in the demo video above, users will be able to take an art project being developed in 2D on a PC and automatically render it and make it available in a 3D world.  These hybrid apps are still in its early development and there are no more details currently available.

Darth Vader is coming to virtual reality. The first episode of a three-part VR series all about Darth Vader will premiere on the upcoming Oculus Quest headset, which will be available next spring for $399. “You’ll be able to step inside the world of Star Wars inside your living room,” said Vicki Dobbs Beck, the executive in charge of ILMxLab, the immersive entertainment branch of Star Wars maker Lucasfilm.

Called Vader Immortal, the new VR series is being made with David S Goyer, the screenwriter behind popular films like The Dark Knight trilogy. It takes place between Revenge of the Sith and A New Hope and will take you to Darth Vader’s manor. You’ll get “an up-close look into the mind of Vader”, and you will have an active role in the story, complete with six degrees of freedom (6DoF). 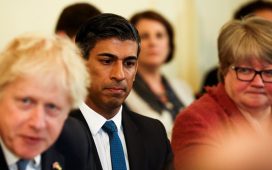