Apple surely took its time when it comes to rolling out its new AirTag tracker. For about two years now, rumors have been flying around that Cupertino company might be working on a product that can help you locate your keys, wallet, and other small items through an iOS-powered device. The time has finally arrived, and we have reviewed the Apple AirTags so that you can make a better decision on whether these are for you or not.

What is the Apple AirTag capable of, what kind of range does it have, where can you buy them, how much do the AirTags cost, and how do you change the battery? All these questions are answered in the review.

That’s what the Apple AirTag costs

Apple is selling the AirTags as a standalone accessory or as a bundle. While one tracker costs $29, a quartet of those will set you back at $99. There are also several online retailers like Amazon who sell the AirTags.

At Apple itself, you have the possibility to personalize these trackers. You can either choose from four letters or from a series of emojis, having them engraved onto the white section. By the way: The white surface area also doubles up as the speaker or the membrane that produces sounds. Each AirTag comes with a built-in battery.

Apple is offering a wide range of accessories for the AirTags.
So far, there is a leather keychain in three choices of colors, as well as a tag that is intended for bags and larger pieces of luggage. The latter is available in either leather or high-quality plastic. The keychain costs $35, with the leather tag being the most expensive of the lot at $39, while the plastic tag retails for $29.

If you like to be (much) more exclusive, you can also buy a Hermès-designed key or luggage tag AirTags. It is never an ordinary experience with Hermès, which means the prices are not for the faint of heart. The bag charm, key fob, and luggage tag will cost $299, $349, and $449, respectively. Ouch!

In any case, if you are wondering: Can I actually protect my bicycle with the AirTags? You can, of course, try. However, I think that the AirTag is poorly suited for such a purpose. If the AirTags were removed by a stranger, they will make themselves heard. I will go into this in more detail below.

Setting up the Apple AirTag

The AirTag comes standard with a battery that Apple says needs to be replaced after about a year.
If the battery has a low charge level, you will receive a notification on the iPhone.

By the way, if you’re wondering just like me on how to change the AirTag’s battery: Simply press the silver discs with both thumbs while turning to the left. Beneath it lies a CR2032 battery – which is a standard cell that can be bought just about everywhere. By the way: The battery life of my iPhone was not affected by the AirTag as I did not notice any detrimental change throughout the review duration.

The AirTag itself is IP67 certified and therefore, water and dust resistant. It would not be a problem at all if they fall into the sand at the beach or should you happen to get caught out in the rain.

Setting up the AirTag with an iPhone

Pairing the AirTag is, as always, very easy with Apple and actually happens by itself. Bring the AirTag near an iPhone and pairing will automatically begin.

During the setup process, you can select choose from a number of suggestions to name your tagged item. There are already some predefined names to help you get started, but I am quite sure you would most probably want to select your terms of endearment.

After setup, it is connected to your iCloud account and the tagged item or AirTag can be found in the “Where is” menu.

Locating the AirTags works via the “Where is?” app.
It lists down all the items you’ve added to your iCloud account.

Locating an item in close proximity

If the item is in the immediate vicinity, the “Find My” app can play a sound that can guide you to the item. By the way, Siri can also help here as you verbally express yourself, “Hey Siri, where are my keys?” If the sound isn’t enough for you to find the missing item,  there’s also Precision Finding. For this function, the iPhone needs a U1 chip, which Apple has included in the iPhone 11 and newer handsets.

For the Precision Finding feature, the item must be within the Bluetooth range. That’s usually around 7 to 8 meters without any obstacles. Using Ultra-Broadband, the iPhone then determines the range and shows you the exact path to the item using the camera, ARKit, accelerometer, and gyroscope.

What if the item isn’t within range of my iPhone?

If you’ve lost something that’s really far away, then it can be marked as lost or located directly using the “Find My” network.

If you marked the item as lost, you can enter a phone number, which is then displayed to a finder via a web page. A finder can view this using either an iOS device or even on selected Android smartphones.

The Find My network has been used to locate iPhones, iPads, and even Macs for a while now, allowing you to find them even when they’re offline. The network basically forms all Apple products with the “Where Is” feature. However, Apple also offers users the option to exclude devices from it.

Whenever a device from the Find My network happens to connect with another device from it, the location is sent to iCloud. This is done in a fully encrypted manner, so you don’t have to worry about any privacy or security breach. Incidentally, Apple has once again placed a lot of emphasis on privacy.

You are the only one who can view the location of the AirTag and its history is not stored on the tag itself, with all data remaining encrypted at all times. Of course, all participants in the “Find My” network are anonymous. The Bluetooth signal used here is changed regularly so that no conclusions can ever be drawn about people or movement profiles.

Tracking of persons should be prevented

So, as always, Apple stresses a lot on data protection and privacy. Hence, it is only logical that AirTag can’t be abused to track people – whether intentionally or not. Your iOS device can identify someone else’s AirTag and then alert you that you have that item on you. You can then play a sound to locate the AirTag. If you don’t have an iOS device and unknowingly carry a foreign AirTag, the AirTag will automatically play a sound after some time.

Is it worth buying an AirTag?

First, for those who might be surprised that I refer to the AirTag in both the singular and plural in my article, I’m still a little confused myself.
That’s because Apple itself consistently uses the word AirTag – even when talking about plurals. Now I don’t want to completely be a grammar police and always add an ‘s’ as a suffix when it comes to the plural form. But sometimes, I just decided to go ahead with it. Please forgive me for not having found a clear and consistent path in this matter yet. I’m working on it – I promise!

There are always products that you look forward to way in advance. The AirTag(s) is/are one of them! With every Apple product announcement in recent months, I’ve been hoping that Tim Cook or one of his colleagues will pull the trackers out of their magic hat or jacket. True, it doesn’t happen to me often.

But when I’m fumbling around for my keys or my wallet, I’m really looking forward to an accessory like this to help me. My pulse sometimes goes out of whack and I begin to have doubts on where I left that item, just like most of the rest of us.

It was always clear to me that the AirTag would be a winner from the beginning. The quality would also fall within expectations for such a device at this price point. It is always the attention to detail that makes Apple remain the market leader.

From the pairing that simply works without any hassle to data protection and privacy. I didn’t even think about it at first, but it simply makes a lot of sense that the AirTags will report in even if unknown third parties are carrying them. Yes, while it is true that a thief will become aware of the tracking capability pretty quickly that way and will do everything to prevent from being tracked, but the fact remains that an AirTag can otherwise be used to track and trace people without their knowledge is creepy.

So the AirTags are not – or only partially – useful for retrieval in the event of theft. The product targets honest people who would like to return lost items to their owners.

That’s the most common use case for me anyway. I am always amazed at how many friendly and honest people there are. Recently, while riding my bike, my wallet fell out of my jacket pocket without me noticing. I hadn’t noticed it all day at the office.

That afternoon I got a call from my wife – asking if I was missing anything. No, I said. Then she told me that someone had just rung our doorbell and dropped off my wallet. A woman had found my wallet on the street and had driven it to my house with everything in it intact. The address was on my press pass. Needless to say, I rewarded her with a finder’s fee.

Of course, it was a good thing that my address was on the ID. But what if I accidentally left my laptop bag somewhere? There is no reference to me in it for the finder to return the laptop. I am sure that most finders would be happy if they got a hint on their smartphone on whom they can contact if a misplaced item.

Because even then, a finder’s fee is the bare minimum that honest people should be rewarded with. In addition to plenty of karma points and the good feeling of having helped someone else, of course.

Never miss a story with NextPit via  Telegram 📲! 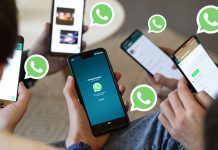 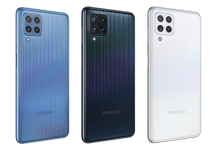 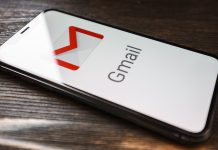 How to hide the Meet tab in the Gmail app 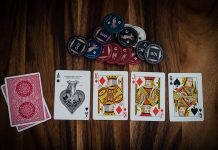 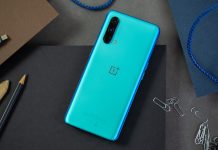 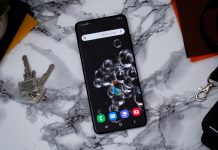 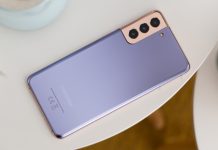 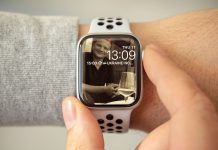 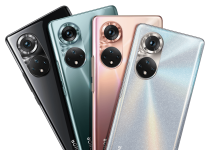