Apple, Amazon, and Google are among the many companies that have been accused of benefiting from the forced labor of Uighur Muslims in China.

A report from the Australian Strategic Policy Institute’s (ASPI) International Cyber Policy Centre, titled Uyghurs for Sale, claims that since 2017, more than a million Uighur and members of other Turkic Muslim groups have been sent to “reeducation camps” in Xinjiang, China, where they are reportedly subjected to political indoctrination and coerced to give up their religion and culture. The ASPI is a think tank that was was founded by the Australian government and partly funded by the Australian Department of Defence.

In a new phase in the reeducation campaign, they are now being forced to work in factories within the region, with some factories outside Xinjiang also sourcing Uighur workers, according to the report.

The factories are said to be part of the supply chain of 83 popular global brands, including other tech companies such as Microsoft, Nintendo, Oculus, Samsung, and Sony; clothing retailers such as Abercrombie & Fitch, Gap, The North Face, Tommy Hilfiger, and Uniqlo; and automotive manufacturers such as BMW, General Motors, Jaguar, Mercedes-Benz, and Volkswagen.

The report takes a look at three case studies, namely a Nike factory in eastern China with watchtowers and barbed-wire fences, another eastern China factory that supplies Adidas and Fila, and several Chinese factories that make components for Apple or its suppliers.

“While we are unable to confirm that all employment transfers from Xinjiang are forced, the cases for which adequate detail has been available showcase highly disturbing coercive labor practices consistent with [International Labour Organization] definitions of forced labor,” wrote the researchers behind the report.

Digital Trends has reached out to some of the companies named in the report, and we will update this article as soon as we hear back.

Apple Must Pay $506 million over use of PanOptis LTE patents 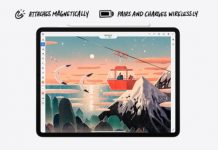 Washington apple crop in 2020 similar in size to last year