Apple Is Doing Something Really Smart — The Motley Fool


Apple (NASDAQ:AAPL) entered the streaming-music business more than three years ago with the launch of Apple Music. Since then, Apple Music has grown in popularity, with a recent report from Billboard claiming that the service now has 56 million users (and the company is said to be adding new users at a clip of 1 million per month).

Although most Apple Music subscribers likely rely on their smartphones, tablets, and personal computers to use the service, the company launched its own smart speaker, known as HomePod, earlier this year (after unveiling it in June 2017). That product hasn’t been revolutionary, but Consumer Intelligence Research Partners (CIRP) claimed that, as of June 30, 2018, Apple had “6% share of the US installed base of smart speakers.” 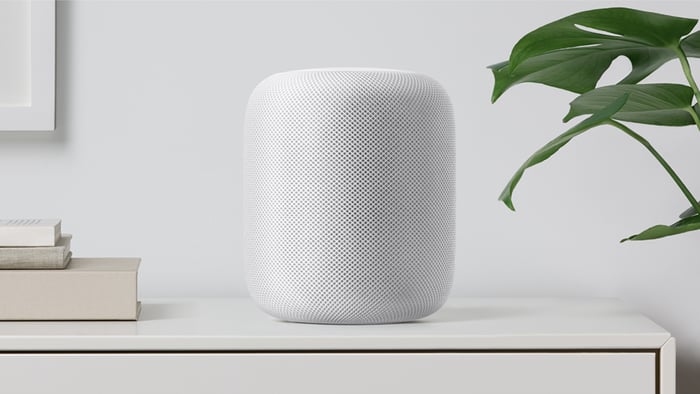 As MacRumors recently pointed out, Apple recently announced that, through Dec. 16, it’s offering a discount of 50 British pounds (that’s roughly $63) on the HomePod to Apple Music subscribers in the U.K.

Here’s why this is a smart move.

There are far more Apple Music subscribers than there are HomePod owners. I’d imagine that there’s a nontrivial number of Apple Music subscribers (not just in the U.K., but in general) who would actually like to buy a HomePod but are put off by the relatively steep price of the device, especially since there are other, lower-cost smart-speaker alternatives out there.

By offering Apple Music subscribers a meaningful discount on the HomePod, Apple can achieve two things.

Firstly, this could encourage some potential HomePod buyers who were still deciding whether they wanted to purchase one to go for it, especially since it’s a limited-time deal. And since, according to The Verge, HomePod “demands an Apple Music account to make use of Siri-powered voice control playback,” once a customer has a HomePod, that could make them more likely to stick with their Apple Music subscription. (After shelling out a significant amount of money for the HomePod, customers may want to make sure they can continue to get full use out of the device.)

As far as promotions go, this is a good one. However, I think that, over the long term, Apple can do something better and more permanent.

How about a permanent discount for Apple Music subscribers?

Apple would, of course, need to balance a number of factors in determining how large that discount would be. For example, the discount would need to be large enough to seem like a real benefit and to stimulate organic HomePod demand, but it shouldn’t be so large that scalpers who just happen to have Apple Music subscriptions are buying as many HomePods as they can, flipping them, and pocketing the discount (less whatever fees they incur).

The point, though, is that since Apple controls both the hardware portion of the ecosystem as well as a key service, it should leverage the fact that it controls both to maximize revenue and profits for each over the long term.

These are the Mac features exclusive to Apple Silicon

How to Check Your AirPods Battery Level

Here’s Everything We Know So Far

These are the Mac features exclusive to Apple Silicon