The debut lead single on the playlist is Taylor Swift’s “The Man”, from her brand new album, and the cover art also features a photo of the singer. Presumably, Apple will be featuring lead artists in the artwork on a rolling basis.

Apple is actually replacing a long time playlist, “Best of the Week”, with New Music Daily. The old playlist was updated once a week every Friday. The new set is updated daily with “new music you simply can’t miss from across the world and across genres”.

The rebrand means regular Apple Music users can get a more dynamic mix of new music than what was previously available. Of course, every song is not going to be different every day, but at least the playlist won’t be static for seven days like it was before.

You can of course add the playlist to your library and it will automatically update as the song list changes. Subscribe to Apple Music from $9.99 per month.

Apple Music has been revamping its playlist offerings a lot recently. It has launched new playlists like Rap Life and ALT CTRL in the last couple of months. Just this week, it debuted a new Shazam Discovery playlist. 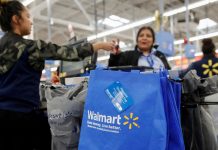 Apple’s newest iPhone might arrive as soon as next month

Apple Street Senior complex planned in Northside, to be LGBTQ-friendly

Playing the Bounce in Apple