As reported by the International Business Times, Apple removed 39,000 games from the App Store in China on December 31, 2020. The move came as a result of Chinese law stating that all game publishers must obtain a license in order to offer their app in the Chinese App Store.

The tech giant removed more than 46,000 apps in total, including the 39,000 game apps from its store on Thursday. According to research firm Qimai, only 74 out of the top 1,500 paid games on the Apple store survived Apple’s biggest single-day app takedown incident.
In December, Apple again sent a notice to the developers, stating that Chinese law requires games to obtain an approval number from the National Press and Publication Administration.

Apple had notified developers that the change was coming, and asked that they provide proof of license in order to continue to offer their app in China.

“In order to keep your paid game or game or game with in-app purchases available on the App Store in China mainland, enter your approval number and supporting documents in the App information section of your game’s page in App Store Connect and submit an update to App Review by December 31.”

According to the report, the license requirement has been around for a while, so it is unclear why Apple took a more aggressive stance on the issue at the end of the year.

The company also clearly stated that after the given time the apps will no longer be available on the App Store in China until an approval number is provided with the next submission. Even though the license requirement has been around for some time, it is not clear why the company is enforcing them more strictly this year.

A spokesperson for Apple says that the company believes it is better for consumers for the company to remain in the country in order to provide them “access to products that promote self-expression with world-class privacy protections.”

In response to the report about video game removal, a spokesman said: “Apple studies these requests carefully whenever we receive them, and we contest and disagree with them often.”


The iMore team submitted our favorite products to launch or receive a major update in 2020 and then voted on which of these products win for innovation, technological advancements, and usability. Here are our picks for the best products of 2020. 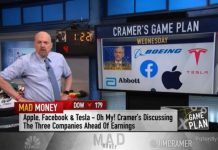