The second season of Apple TV+’s original comedy/drama Dickinson will debut this Friday, January 8. Ahead of that debut, Apple will hold a virtual “advance screening” of the new season on January 7 at 5 p.m. PT / 8 p.m. ET. Those interested in joining can apply for tickets on Apple’s website.

As first spotted by Sigmund Judge on Twitter, Apple is inviting people to apply for tickets to the advance screening fo the new season of Dickinson:

Join us for an advance screening of the new season of Dickinson, an Apple Original, on January 7 at 5 p.m. PT / 8 p.m. ET. Hailee Steinfeld stars as Emily Dickinson. Poet. Daughter. Total rebel. In this coming-of-age story, Emily’s determined to become the world’s greatest poet.

Apple says that tickets will be allocated on a first-come, first-serve basis and you must register by January 6 at 6 p.m. PT / 9 p.m. ET. Registration can be completed on Apple’s website and will be closed once capacity of the virtual event is reached.

Dickinson had completed filming on season two before the end of 2019, so its production wasn’t affected by COVID-19 unlike many other Apple TV+ originals. Likely because of these delays, Apple extended TV+ free year trials through February of 2021.

You can learn more on the FAQ section on the Apple Ticketing website.

No issues reported at ‘mask-free’ event in Apple Valley 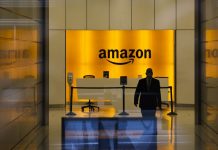 Carter Worth And Mike Khouw Think Apple Is Headed Higher 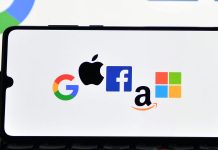 Facebook and Amazon spent the most on lobbying efforts in 2020: Report