A new report shows that the unveiling of an Apple Augmented Reality (AR) headset looks more possible than ever.

Monday, June 6, is the date for the keynote that opens this year’s World Wide Developers Conference (WWDC). And it looks increasingly likely that it will end with One More Thing, that Apple favorite phrase for something completely new.

The last One More Thing was when the first Apple Watch was revealed alongside the iPhone 6 in September 2014.

So, why is the possibility of the new headset, called Apple Glass by some, a surprise?

Well, even the most clued-up analysts like Mark Gurman have been reluctant to predict that WWDC would be the moment for this reveal, saying only that it would be this year. According to Gurman, the Apple Board has recently been given access to a demo of the headset, so it sounds like it’s near, but there was little appetite for the idea of a WWDC reveal.

That may have changed now, thanks to a new development: Parker Ortolani from The Verge has said that a company has registered the trademark RealityOS. That’s widely believed to be the name of the operating software for the AR headset. It’s been filed with June 8, 2022 as a deadline for international filing. Now, that date, I hardly need to point out, is mere days after WWDC’s keynote and such deadlines are sometimes set for just after an unveil.

The trademark is “specifically for ‘wearable computer hardware’ ”, Ortolani says.

For me, the biggest reason to suggest that the headset could be unveiled this week is that WWDC is all about developers and, to use the headset, apps will be required, so devs will need to start working on them straight away to have them ready for the new product.

Apple usually announces a product and releases it a few days later, except if it’s an entirely new product category. The first iPhone, iPad and Apple Watch were all unveiled months and months before going on sale.

The trademark came from a company called Realityo Systems LLC which, according to Ortolani, “has the exact same address as the shell corporations Apple used to hold onto the macOS California names.”

Does this all mean the product will definitely be unveiled?

Not quite. But there are other clues. Mark Gurman previously said that he understood that the headset would be unveiled at an Apple event which was live, not virtual. Which makes sense as the first comments will come from people checking out the headset in person.

This year’s WWDC is virtual, but—crucially—with an in-person presence from a small group of developers and guests. This in-person element is happening, so the demos of the headset to guests can take place.

We’ll know in just over a week’s time.

Oh and, one more thing, if you’ll excuse the phrase. After revealing the Apple Watch, Tim Cook strode on stage wearing it. Will he do the same thing with the headset this time?

MORE FROM FORBESIs Apple About To Debut Its AR Headset? Everything We Know So FarBy David Phelan 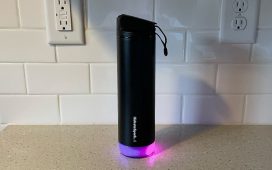