It’s clear that Apple is working on a version of MacOS that will run on ARM-based processors It’s likely that any MacBook or MacBook Pro running on ARM will use one of Apple’s Axx series of processors, presumably matching the iPad Pro.

Assuming that an ARM-powered MacBook or MacBook Pro is coming (yes, it’s our old friend Taniyama-Shimurua once more) Apple needs to make the risky decision on when to sell the laptop.

Apple’s initial plans for 2020 may have included an ARM-powered MacBook launch for the end of the year, but the impact of the coronavirus pandemic will have had an impact on this schedule. Given the iPhone 12 is expected to be delayed into the fourth calendar quarter of the year, the focus will be on getting Apple’s primary revenue source on sale as early as possible.

Bringing the MacBook ARM into the mix would dilute the marketing effort.

Moving to ARM on a consumer machine is not going to be an easy task. Assuming that the ARM-compatible version of MacOS is announced at the virtual WWDC later this month, a Q4 release would allow perhaps five months of beta testing of the codebase. That’s tight.

On top of the OS itself, Apple will need to consider the timescale required by third-party developers to check over their own applications and make any changes required to run on both Intel- and ARM-based processors. No doubt Apple has been working on tools and processes to ease the task and automate as much of the work as possible, but any competent developer will want to check the final build before release.

It’s also important to think about the target market for the MacBook ARM. It’s going to be a lightweight laptop in terms of size and weight. It’s unlikely to have the grunt to do massive amounts of video editing, and the application choice may be limited at launch. Which I think is fine, because this laptop is going to be taking on the Chromebooks of the world.

Those laptops are lightweight, designed to carry out day-to-day computing tasks, and have a stripped back suite of apps suitable for the task. For many it’s all the laptop they will ever need. It should come as no surprise that the nature of the Chromebook platform makes it ideal for the education market. Apple’s MacBook ARM is going to have Apple’s own apps ready to go – you have the all important web browser; music and video apps; messaging; and the office suite of Pages, Numbers, and Keynote.

The MacBook ARM needs a hook to sell it to the public – changing the processor is fine or the geekerati but nobody else. Apple has a long tradition of offering educational pricing on its hardware, and in the case of the MacBook Air it has a variant that is only available to educational establishments. Pitching the ARM laptop with a focus on the education market is an excellent story to tell.

Apple’s education-focused products typically launch in March. Assuming the ARM path is opened up to developers at MWC later this month, that offers a nine months window from the reveal to the release.

If I had to make an assumption, I’d suggest we’re looking at March 2021 for the radical MacBook to arrive. 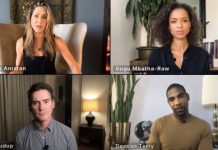