We all know that 2020 has been a bizarre year for the tech industry. Delays on new products are unavoidable, giant events have been canceled or moved online, and just in general, things have been a bit wonky.

Usually, the Apple event that takes place in September is used to focus on the new iPhone, with other new products like the latest Apple Watch and iPad taking a backseat — but 2020 is likely going to be different. There’s a chance that nothing iPhone related will even be announced, but that isn’t going to stop me from dreaming. Here’s a handful of announcements that I hope Apple makes come next week.

Apple has been reportedly working on a set of over-the-ear headphones for a while now that will join the AirPods line. The ‘AirPods Studio‘ (rumored name) would have all the benefits of Apple’s H1-chip but have an over-the-ear form factor, likely sporting some serious active noise canceling abilities.

The AirPods and AirPods Pro are beloved by many, but plently of people, myself included, don’t want to throw money at a premium earbud. The AirPods Studio would give Apple a whole new customer base, and quite frankly, if they are as cool as they are rumored to be, I’m looking forward to picking up a pair!

I don’t expect an Apple Silicon Mac to be announced — I wouldn’t expect to see Apple silicon devices until next year at the earliest — but any more information on exactly how they plan on tackling the transition away from Intel would be welcome.

WWDC 2020 gave us a first official look at what ARM-based Macs would look like, but that left us with a lot of questions regarding updates to current Intel-based Macs, and about how well Apple silicon would run their hardware. I’m just dying to get my hands on any information I can.

Another product I hope to see at Apple’s September 15 event is Apple Tags. The Bluetooth powered trackers are meant to help you track your devices, so if you lose them, or they get stolen, its possible you may be able to find them.

There isn’t much to the Apple Tags, it’s not particularly new technology, but there is some indication that there will be some sort of AR functionality, and that perhaps, using your iPhone or iPad camera will reveal where your missing items are. As someone who loses their wallet and keys daily, I can’t tell you how much I hope these are released sooner rather than later.

This is called a wishlist for a reason; it’s not always realistic. While it seems that all the rumors are pointing to the iPhone 12 line up not being included in the September 15 event, I still hope we get some information.

I’m not holding my breath, but even a little info could go a long way. This will make the first time in a few years that no new iPhone was launched in September, and while you can hardly blame Apple for having to deal with a global pandemic, it would be nice to know how production is going. I’m not asking for much, maybe even just a confirmation that October is when the iPhone 12 will be ready to be revealed.

Unfortunately, Apple typically plays this stuffs pretty close to the chest, but you never know; they might just surprise everyone and announce more iPhone 12 information than everyone thought.

What are you hoping for?

Any way you slice it, Apple’s September 15 event will be a bit different than we are used to, and I’m excited to see exactly what Tim Cook and company have in store for us. What are you hoping Apple announces next week? Let us know in the comments down below. 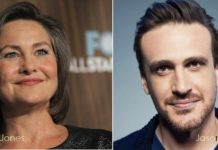 Apple’s Stock May Still Have Much Further To Fall