Okay, guys, we were really excited about this day, because, with us, we have one of the most powerful machines for portable gaming money can buy (at least for now). It packs one of the best, if not the best mobile processor on the market right now – the AMD Ryzen 9 5900HX, and can be configured with up to the RTX 3070.

As we saw with the last two reviews we made, manufacturers won’t make it easy for their customers, as the RTX 3070 alone comes in configurations between 80 and 125W. Well, at least this is what NVIDIA states on their webpage. However, NVIDIA also told us that you can check the TGP of your graphics unit via the Control Panel. And when we checked, the information stated 130W, which as we just learned – is above the set maximum.

Nevertheless, we are yet to see what kind of performance improvements we’ll see and how exactly can we access the full power of the ROG Strix G17 G713.

Not in the last place, there are two very interesting display choices. On one hand, there is a 300Hz 1080p IPS panel, made for esports. On the other, there is a crispier 1440p IPS panel, that works at a slightly lower 165Hz refresh rate, but promises a very similar pixel response time.

You can check the prices and configurations in our Specs System: https://laptopmedia.com/series/asus-rog-strix-g17-g713/

This notebook’s package is heavily branded. However, inside we only found some paper manuals, a 240W power brick, and the laptop, itself.

Well, the design of this laptop is pretty gamer-ish. There is no doubt that everyone will know what it is about. However, we like the non-intrusive aluminum lid. If we have to be honest, the 2.70 kg weight and the 23.4-27.5mm thickness are not too much for a laptop of this caliber. Well, indeed, the base is made out of plastic, but it has a pleasantly smooth finish and definitely doesn’t feel cheap.

Let’s not forget about the Aura sync light bar that is glowing like an early 2000s Japanese tuner car.

Thankfully, its lid opens with a single hand, and the widely spaced-out hinges feel rather stable. Also, the lid barely flexes when you try to twist it. As for the panel, it has a matte finish, and a very thin top and side bezels. In conjunction with the visual traditions of ROG, the bottom panel has a cut in it. By the way, there is no Webcam to be found anywhere on the device, which is petty.

Looking at the base we see a lot of empty space. And this is to be expected, given the size of the machine. Its keyboard has a per-key RGB backlight, decent key travel, and clicky feedback. All-in-all the unit is good for gaming. As a typical ROG device, the Strix G17 G713 features a set of five dedicated buttons – three for sound/mic control, one that starts the Armoury Crate, and one that toggles between the performance presets. Once again, however, ASUS has decided against adequately-sized Arrow keys, like Lenovo, and then HP demonstrated on their gaming series.

On the bright side, the touchpad is rarely large for a gaming machine. It has a glass cover, which provides a smooth gliding, while the tracking is also surprisingly good. Although some people might not like the fact that it lacks dedicated buttons, we feel that it is one of the better touchpads on the market.

Next, let’s turn the laptop upside down, and see how the ventilation goes. Interestingly, the actual perforations are pretty small in area, contrary to what the grill makes you think. We hope that this doesn’t impede the cooling. At least, there are four exhaust grills – two on the back, and one on each side. Also, the bottom panel is home to the speaker cutouts which house two 4W speakers.

To get inside of this device, you need to undo 11 Phillips-head screws. The one on the top left corner will stay attached, and will gently lift the bottom panel from the chassis. Start your prying process from there and work your way around the device. Before you fully lift the panel away, make sure you disconnect the LED strip ribbon cables.

Inside we see a giant cooling solution, consisting of a total of six heat pipes of various sizes. One of them is common for the CPU and the GPU. There are two more for each processor, and one cooling the graphics memory and the VRM chips.

In terms of upgradability, you get two RAM SODIMM slots, which fit 32GB of DDR4 memory, working at 3200 MHz. Keep in mind that this is the official capacity, stated by the manufacturer, and we are strongly positive that you can put up to 64GB in total. Additionally, there are two M.2 PCIe x4 slots for storage.

Interestingly, ASUS has put an enormous battery pack with a 90Wh capacity.

All of the drivers and utilities for this notebook can be found here: https://rog.asus.com/laptops/rog-strix/2021-rog-strix-g17-series/helpdesk_download/

Now, we conduct the battery tests with Windows Better performance setting turned on, screen brightness adjusted to 120 nits, and all other programs turned off except for the one we are testing the notebook with. This notebook’s 90Wh battery lasts for 13 hours and 20 minutes of Web browsing, 9 hours and 24 minutes of video playback, and only 82 minutes of gameplay.

Although the frequency in extreme stress scenarios is close to the base, we are happy to see that the liquid metal thermal compound does its job, as it doesn’t allow the CPU to work at more than 72°C.

As you can see, the 130W version of the RTX 3070 works at a significantly higher clock speed – about 200 MHz above the 95W one and 270 MHz above the 85W. Our tests were run with the Turbo mode enabled, and its default fan curves. Keep in mind that you can adjust the fans to max out at any temperature you want, thus reducing the maximum temp (by single digits we think).

Interestingly, even though the GPU reached 84°C, the external temperature remained pretty much in check… as ASUS said. However, the notebook tends to be a bit noisy.

Another day has passed, and another RTX 3070 machine has gone through our office. This time, it was the most potent of them all – the 130W version. As a matter of fact, it might be the most powerful mobile GPU, before the RTX 3080 arrives. We saw a similar, and slightly better performance than the RTX 2080 Super, but at 20W lower TGP. Interestingly, the latter is still better when it comes to the Heaven 4 and 3DMark Fire Strike benchmarks. Also, we noticed that on lower details, the RTX 2080 Super paired with a Core i9-10980HK managed to pull ahead. This means only one thing – the mobile Ryzen 5000 chips are not yet ready to be crowned gaming kings.

However, they can surely be considered as computational monstrosities, as the Ryzen 9 5900HX climbed to the top of our CPU Ranking. And although the ROG Strix G17 G713 is mostly about performance, we found out that it packs great battery life – 13 hours and 20 minutes of Web browsing, and 9 hours and 24 minutes of video playback. Exceptional, considering that our unit came with the 300Hz 1080p IPS display. By the way, this is not only due to the large 90Wh package but also because of the variable refresh rate, which adjusts to the content you are viewing.

And if you are a fan of RGB, there are lots of it around here – the keyboard has a per-key illumination, meaning that each key can be configured independently. Also, the light strip on the bottom panel is here to stay.

Another perk to the notebook is its upgradability. Two RAM SODIMM slots, that pack up to 64GB of DDR4 RAM, and two M.2 PCIe x4 slots for storage. Speaking of the internals, there is a set of 4W speakers which sound loud and deep, and are good both for music and entertainment.

Although we were not extremely happy to see mostly plastic on ROG Strix G17 G713’s chassis, it’s good that it isn’t a low-quality one, and the actual finish feels good.

In fact, there are very few things we didn’t like about this laptop. First – the lack of an SD card reader and Thunderbolt. Although the latter is inevitable, because of the AMD chipset, we can’t say the same for SD cards. Considering the immense amount of power inside of this notebook, it would have been great to quickly access your photos and videos for editing on the go.

Another thing is the Arrow key size. Once again, ASUS remains in the shadow of Lenovo and HP, with their respective Legion and Omen devices.

By the way, the processor here has liquid metal between itself, and the cooling element, which greatly improves the thermal efficiency. However, the GPU uses an orthodox thermal paste, and we saw temperatures on the GPU that are a bit higher than optimal. Perhaps in the future, we might find a way to lower it through undervolting or applying liquid metal on the GPU, as well.

You can check the prices and configurations in our Specs System: https://laptopmedia.com/series/asus-rog-strix-g17-g713/ 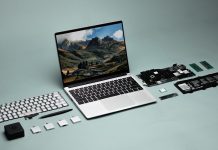 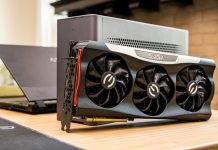 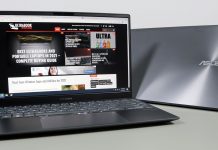 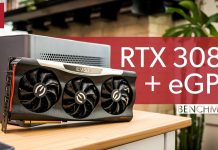 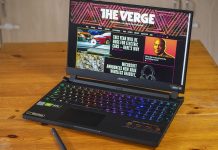 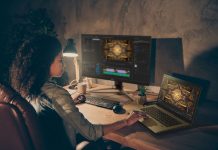 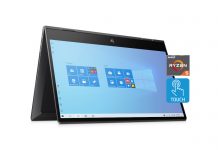 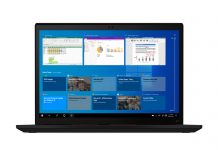 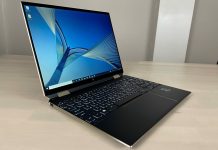