The ZenBook Flip S is a premium, performance-focussed convertible laptop. That’s arguably a niche within a niche, but if that’s where you are there is a lot to like here.

11th-gen Intel chips are paired with a slim build, a modern port selection (minus the startling omission of a 3.5mm headphone jack), and a 13.3in 4K OLED touchscreen – all in a 2-in-1 design that means you can use the Flip S as a regular laptop, or as a powerful Windows tablet.

Asus has settled into an aesthetic when it comes to its premium notebooks, and the ZenBook Flip S fits right in. 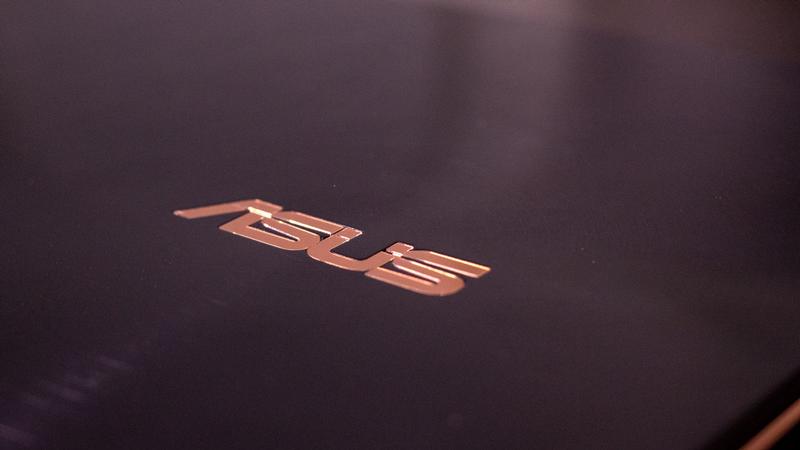 The only available finish is Jade Black, which comes accompanied by diamond-cut copper highlights around the edge of the chassis and display.

The cut corners look the part, signalling that premium aesthetic without quite crossing over into garish. They are a bit…well, if not sharp, then definitely angular, however. You’ll notice the edges jutting into your palms and wrists – not to the point of pain, but occasionally discomfort. There’s certainly some element of form over function here.

The same can’t be said for the size of the laptop, where the two meet quite naturally. At 1.2kg it’s not the lightest device on the market, but it’s easy to carry – though, like most 2-in-1s, it never quite feels light enough to comfortably use one-handed as a tablet. 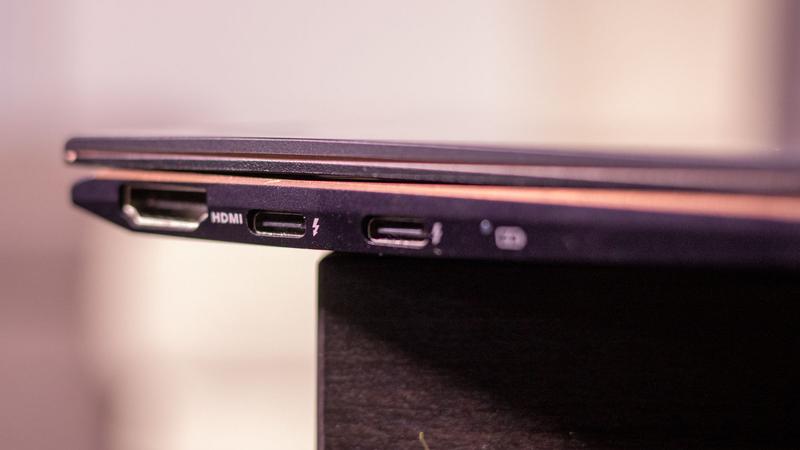 At just 13.9mm thick it’s also undeniably slim. Again, it’s not the slimmest around, but that’s for good reason, as Asus has maintained an (almost) full complement of ports. There’s USB 3.2, HDMI, and two USB-C ports, both packed with Thunderbolt 4 support and capable of charging the device – though annoyingly they’re both on the same side, when I’d rather have a charging option on either side.

What there isn’t, and I’m honestly baffled by the omission, is a headphone jack. I’ve long ago accepted that most phones no longer support 3.5mm headphones, but to see it dropped from a laptop that clearly has space for ports is a touch concerning.

I mostly use wireless headphones, but appreciate the wired option, and it seems especially odd on a device clearly partly targeted at creatives – for whom a reliable audio connection is especially important. Asus does include an adapter dongle (along with another for Ethernet), but that’s still an unnecessary inconvenience.

I like but don’t love the keyboard on the ZenBook Flip S. It’s a fairly comfortable size, though the keys get a touch cramped towards the edges – that is at least partly thanks to the decision to include Home, End, and Page Up & Down keys, which aren’t a given on a laptop, and will be a welcome touch for some users. 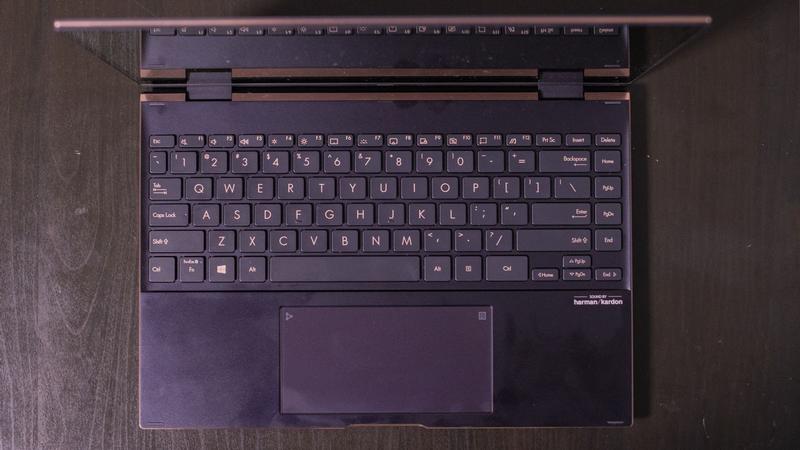 There’s a little bit of travel to the keys, but they still feel responsive, and are certainly comfortable to type on. It never quite feels as instantly luxurious as the best laptop keyboards, but I doubt many people will find serious cause for complaint.

If the keyboard is good enough, the trackpad blows it out of the water. This glass touchpad is smooth, responsive, and expansive, with a wide design that makes the most of the chassis and gives you plenty of space to maneuvre. 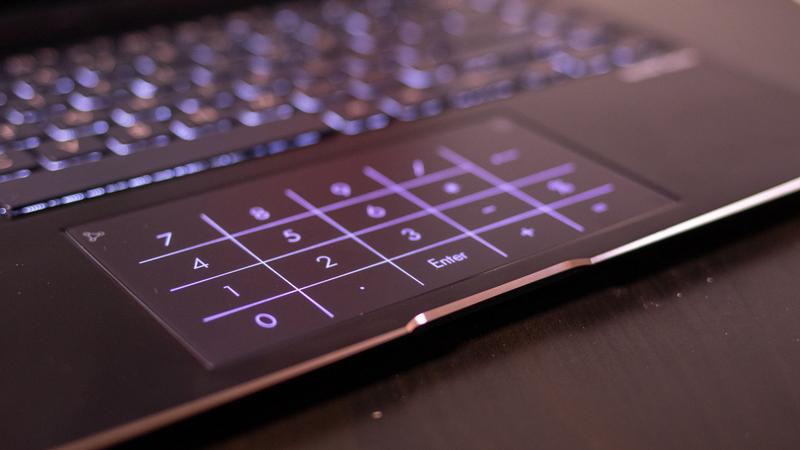 It also features a now-familiar Asus touch: a hidden LED numpad, activated by pressing down in the corner of the pad. This is the second-gen of the Asus tech, and this improved version makes it easier to continue using the touchpad normally even with the NumberPad active – it can tell the difference between you tapping a number or moving the cursor, so there’s no need to keep turning it on and off as you slog through a big Excel session.

Finally, there’s a webcam placed in the bezel above the display. It’s only 720p – disappointingly common still – and quality is decidedly average. It’ll do the job, but it won’t make you look your best.

The webcam works with Windows Hello to unlock the laptop – which is convenient since there’s no fingerprint scanner, so that’s your only biometric option.

The ZenBook Flip S is a compact laptop with a compact display – in this case a 13.3in, 16:9 panel. Sadly Asus hasn’t yet followed Huawei, Dell, and others in adopting a taller 16:10 or 3:2 aspect ratio, which I find much more useful for productivity especially, but it’s not a huge complaint. 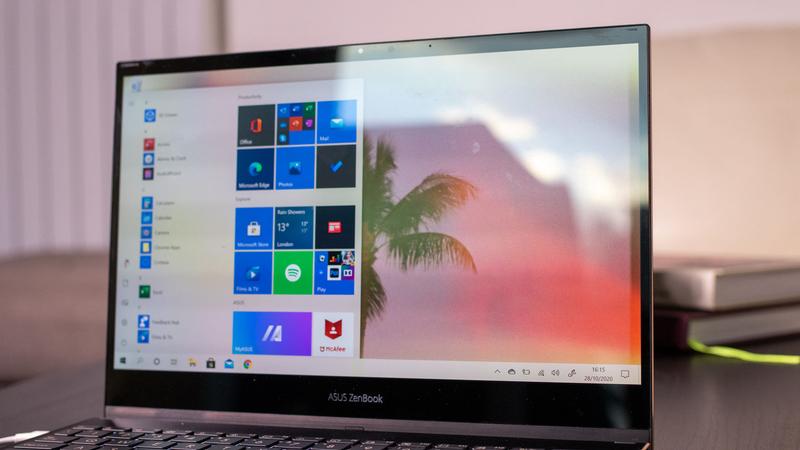 There’s a slim bezel around the edges of the display, though it’s thicker on the top and bottom and definitely not the thinnest about. This makes sense for a convertible though – you need something to grab onto in tablet mode, so if you’re keen on an all-screen experience you might have better luck sticking to standard clamshell designs.

Asus lists two screen specs on its site, but so far I can only find the premium 4K OLED version on sale anywhere – and that’s what I’ve reviewed. The cheaper option, if you can find it, is a Full HD IPS panel – either way, it’s also a touchscreen.

4K is arguably overkill on a display this size, but it makes sense if you assume that the Flip S is at least partly targeting creatives, who’ll appreciate the ability to work at high resolution. Just as importantly it’s highly colour accurate too – testing using a SypderX, I found that the panel covers 100% of sRGB, and 98% of AdobeRGB and DCI-P3. That’s not quite the 100% DCI-P3 that Asus is touting, but it’s pretty damn close.

As with the display, Asus touts a couple of different spec options, but only one setup appears to be on sale in the West. That combines an 11th-gen Intel i7 (the i7-1165G7, to be precise) with 16GB of DDR4 RAM and 1TB of storage, and includes support for Wi-Fi 6 too. 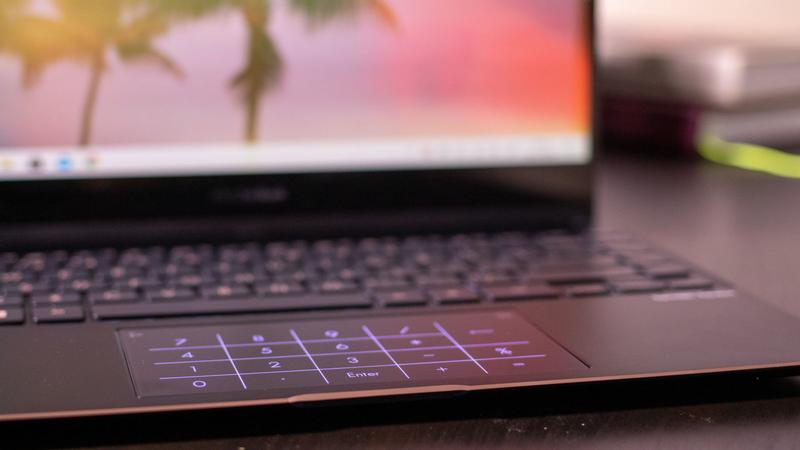 Given the size of the laptop it shouldn’t come as any great surprise that there’s no discrete graphics card, though the 11th-gen processor brings with it Intel’s Iris Xe integrated graphics, which should help things along.

In benchmarks the Flip S gives solid, but unremarkable results. As we’ve seen elsewhere, the jump to 11th-gen silicon gives only modest performance boosts over the previous tech, and lags behind chips from AMD (seen in the Huawei MateBook 14 below) and Apple (in the new M1-powered MacBook Air).

More concerningly, it lags behind the 11th-gen i5-powered Acer Swift 5 – which on paper this should trounce. This is the strongest suggestion that the issue here isn’t in fact the internals, but the fact that the laptop’s chassis design and cooling solution are leading to throttling that holds the CPU back.

It’s a similar story on graphical performance – the 3DMark Sky Diver score is an improvement on most 10th-gen laptops, but not an especially striking one, so you shouldn’t expect a radical improvement in either gaming performance or rendering. Once again, it lags behind the i5 Acer Swift 5, which also uses Xe graphics.

Cooling is always a challenge in a chassis this small, and the Flip S does run hot, which likely explains the slightly underwhelming benchmark results – push the laptop hard and you’ll notice, and this leads to throttling that will limit peak performance.

This isn’t the worst laptop I’ve tested for heating – the early 2020 Dell XPS 13 takes that dubious prize – but it’s clear that Asus’s slim design is holding the otherwise powerful internals back, and you’re not really getting your full money’s worth on the specs. 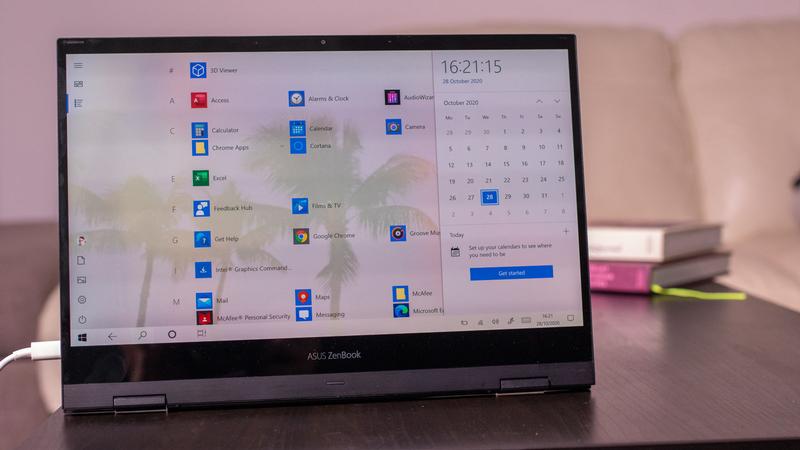 Still, any laptop with an i7 and 16GB of RAM is going to hold its own in day-to-day use, and this is unsurprisingly nippy when you’re simply darting around Windows, using Chrome, and doing basic image editing and the like. That will be enough for most people, but anyone looking for proper power might be better off looking elsewhere.

Like overall performance, on battery life the Flip S is good but not great. Asus touts 15 hours of battery, though the laptop capped at 11 hours and 48 minutes in our continuous video playback test – pretty much in the middle of the pack for a laptop of this size.

In functional terms, that means it’ll comfortably last a day of work assuming you’re not pushing the CPU to its limit, which has basically been my experience.

Charging comes via USB-C, and Asus ships a 65W charger with the laptop – though you’ll be able to top it up with any USB-C PD charger too. Coming from empty the laptop topped up to 42% in half an hour using the included charger, with a full charge taking a little over an hour.

That’s arguably par for the course for the specs – i7, 1TB, 4K OLED – but factor in the throttling from the chassis design and it begins to look like slightly worse value. 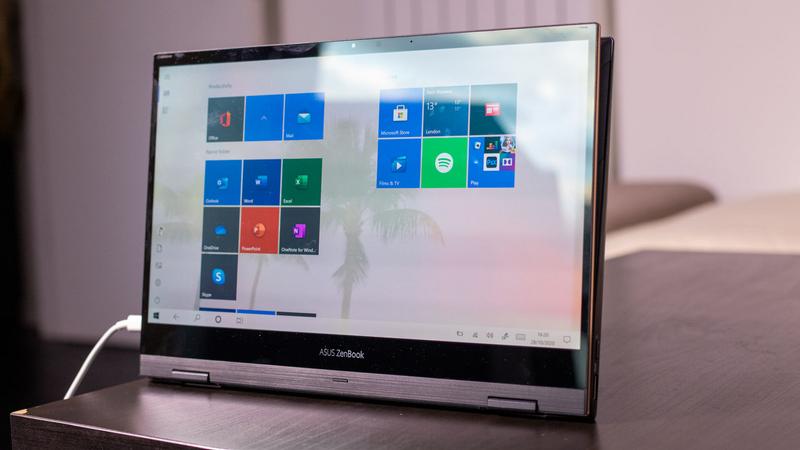 Set aside the display and you can get similar, if not superior, performance for less than a grand. A 4K, colour-accurate OLED display understandably bumps things up a bit though, and if you know you need that – plus a lightweight design with Thunderbolt 4 – then then Flip S has a little less competition.

Check out our best laptop and best 2-in-1 laptop charts for more direct comparison with the competition.

On paper the ZenBook Flip S offers a potent combination of a lightweight, convertible design with a modern, powerful spec sheet.

In practice, the thin chassis limits the laptop’s true performance, though the beautiful OLED touchscreen and terabyte of storage ensure this will still appeal to plenty. Thunderbolt 4 and HDMI ports don’t hurt either, but the lack of a fingerprint sensor or headphone jack could well be dealbreakers.

This isn’t the best 2-in-1 laptop around right now, but if money’s no object and you prioritise portability and display quality, you could do much worse. 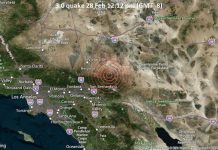 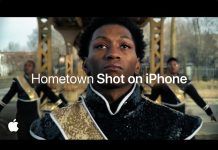 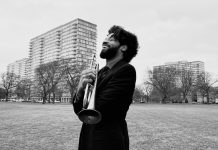