The brief was simple. An email to all the journalists on Autocar: Pick your favourite racing driver of all time.

What we didn’t expect was quite the repertoire of answers that came back. Covering most eras and a vast spectrum of the sport – from F1 to club racing – it just goes to show how varied motorsport and its followers are.  For once, there are no wrong answers: It has led to many discussions and a fair amount of incredulity but, in the end, it’s all about personal choice.

I like racing, but not-so-many racing drivers. A certain amount of self-confidence is necessary to be successful in this line of work, quite clearly; but there are far too many racing drivers with too much of the stuff. If winning gives you that problem, it’s fair enough I suppose. I guess I’m not really qualified to comment either way. But there are an awful lot of pretty average racing drivers who, it seems to me, simply don’t have the skill or the success to justify their swagger.

I much prefer a driver you don’t see coming. Not one with a cloaking device on his car (although that’d come in handy at times), but rather the type who’s quiet, unflashy and unassuming out of the car – ‘nice’, dare I suggest it – but then masterful within it. Less of the celebrity playboy or ‘opinion-leader’, more of a human being. 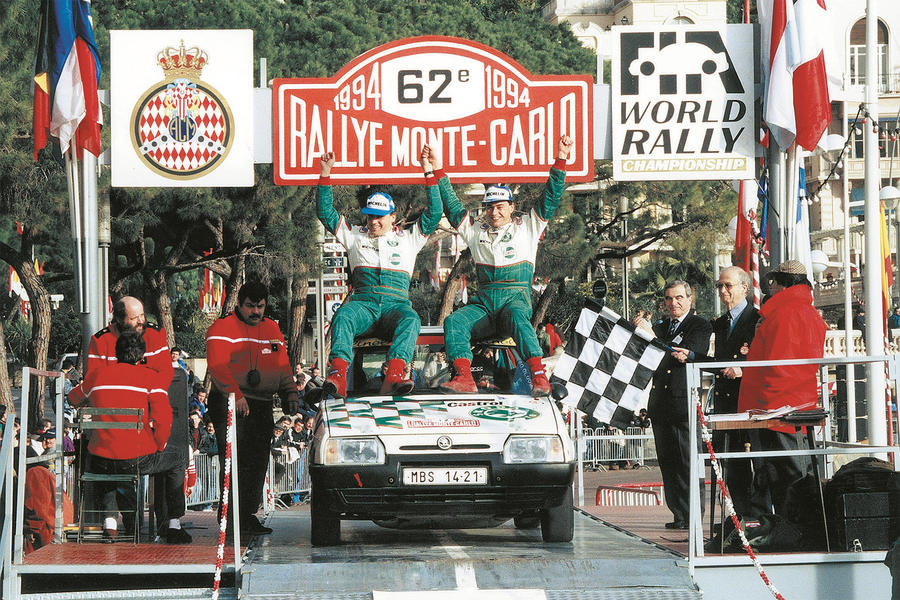 Experience has also taught me that I tend to prefer bike racers to car racers (perhaps the attitude to risk, and the greater potential for bodily harm, brings with it a bit more humility). Then again, I think I prefer rally drivers to either. And the rally driver who impressed me the most when I watched him at work first hand was an under-rated German bloke who spent most of his career battling away trying to make slightly uncompetitive Skodas go faster. What’s not to like about that?

Armin Schwarz had the best car control of anyone at the Race of Champions I drove out to watch at the Stade de France, with a few mates, back in 2004. Driving a couple of current WRC cars, he was better to watch than all of them – Michael Schumacher, Colin McRae, Sebastian Loeb, Jimmie Johnson, David Coulthard, and even the eventual winner that year: take a bow, Heikki Kovalainen.

I remember him spending pretty much two full laps of the tight, curving stadium course hilariously sideways in a Citroen Xsara WRC car, at times leaving little more than inches between either corner of the car and the barriers. He put on a show for the crowd who’d turned out on a freezing December night first, and worried about his time second. In the rally car he beat Jimmie Johnson, but then was beaten (surprise, surprise) by the decidedly less sideways Loeb.