The brief was simple. An email to all the journalists on Autocar: Pick your favourite racing driver of all time.

What we didn’t expect was quite the repertoire of answers that came back. Covering most eras and a vast spectrum of the sport – from F1 to club racing – it just goes to show how varied motorsport and its followers are. For once, there are no wrong answers: It has led to many discussions and a fair amount of incredulity but, in the end, it’s all about personal choice.

Do you agree with us? Would you go for someone different? Let us know in the comments box below.

It’s not often that you’d pick your favourite racing driver on the basis of their laugh, but that’s the sort of bloke that Barrie ‘Whizzo’ Williams was. Here was a man for whom the phrase ‘laughter lines’ was practically invented, with the sort of infectious giggle that meant you heard him before you saw him.

To give you an idea of the character of Whizzo, his racing licence number was ‘1’. Not because he was the first person in the UK to get a racing licence, or because he was the most successful driver out there. No, it was because Whizzo managed to charm the lady on the end of the phone at Motorsport UK head office, so she gave him special dispensation.

Whizzo was from the golden era of national racing in the UK. This was when the likes of Whizzo, along with characters like Gerry Marshall and Tony Lanfranchi, used to compete against F1 drivers on their weekends away from the GP circus, quite often beating them. 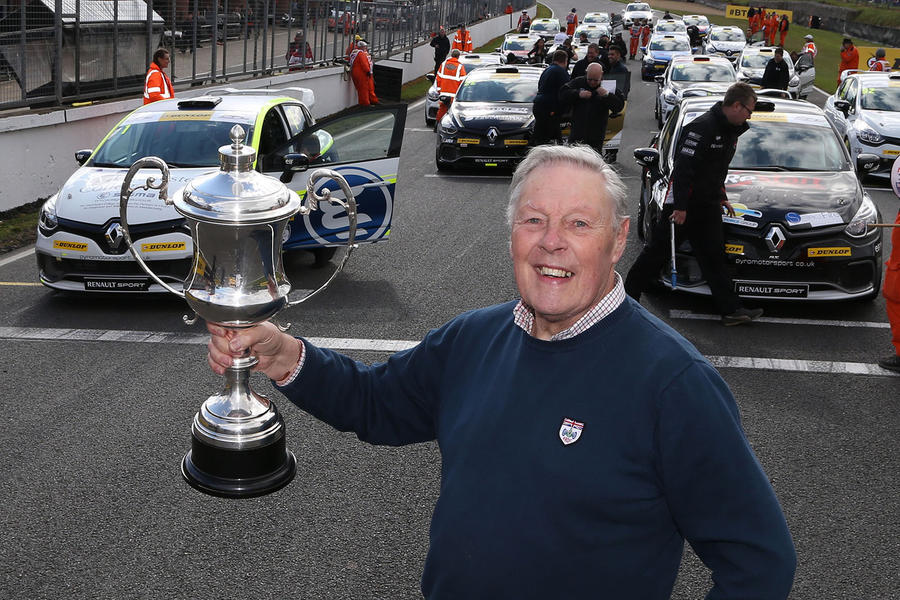 There was nothing that Williams wouldn’t compete in – if you asked him to drive something, he’d be there. Rallying (it’s where his career started), saloon cars, single seaters, he even once did Autocar’s Sideways Challenge: he drove everything, his famous orange helmet immediately giving the game away.

Occasionally, he was a multiple winner in the same race. In 1995, he shared driving duties at the Spa Classic Six-Hour in my dad’s TVR Griffith, along with my father and Chris Conoley. The car had never even finished a 10-lapper before the six-hour, yet they finished first PLUS Whizzo won his class competing with Paul Ingram and Norman Grimshaw in the latter’s Mini. For a man who seemed to exist in a permanent state of excitement, I dread to think how giddy Whizzo was that afternoon.

To me, that was always the charm of Whizzo. Just like he was always up for driving anything, so he was also always approachable. By the mid-1990s, the historic racing scene was becoming a seriously competitive operation and Whizzo was a man in demand. He’d been racing since 1960 so by then he was one of the ‘big beasts’ of the club racing paddock. And yet if he spotted me, a lowly bloke doing work experience for Autosport, he’d always make time to have a quick chat. Fast and fun – what more does a racing driver need to be.