Automakers #4 Through #7 & Their Electric Vehicle Plans 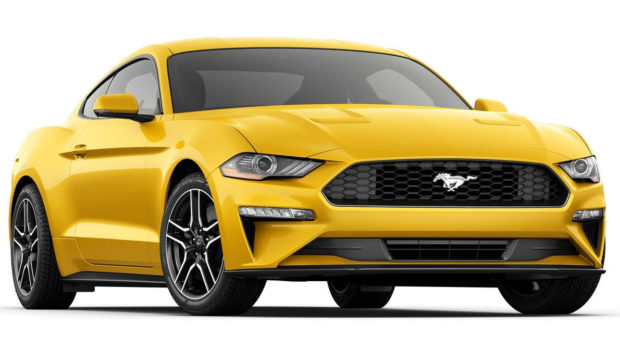 Tesla has busted open the mainstream electric vehicle market. The problem is, approximately 17 million passenger vehicles are sold per year in the USA, the number globally is around 100 million, and there’s no way in the netherworld Tesla could produce 10 million cars per year on its own by 2023. Even 2025 seems idealistic (but I would love to be proven wrong). Yes, Chinese automakers are ramping up electric vehicle production faster than automakers in the US and Europe, but they aren’t taking over the world anytime soon.

We need a rapid shift to electric cars (and other clean technologies) by 2030 or we’re massively screwed. Well, we’re already massively screwed since we’ve been too slow up till now to deal with our climate crisis, but we’ll be even more massively screwed and may have let runaway global warming into the door if we don’t clean up our energy systems quickly.

So, the message is clear: we need large automakers to follow Tesla’s lead.

On Monday, I took a look at the three largest automakers in the world and their electric vehicle plans. Today, the aim is to look at #4 through #7, which means GM, Ford, Nissan, and Honda. As before, the sales totals noted under each automaker are 2016 figures. 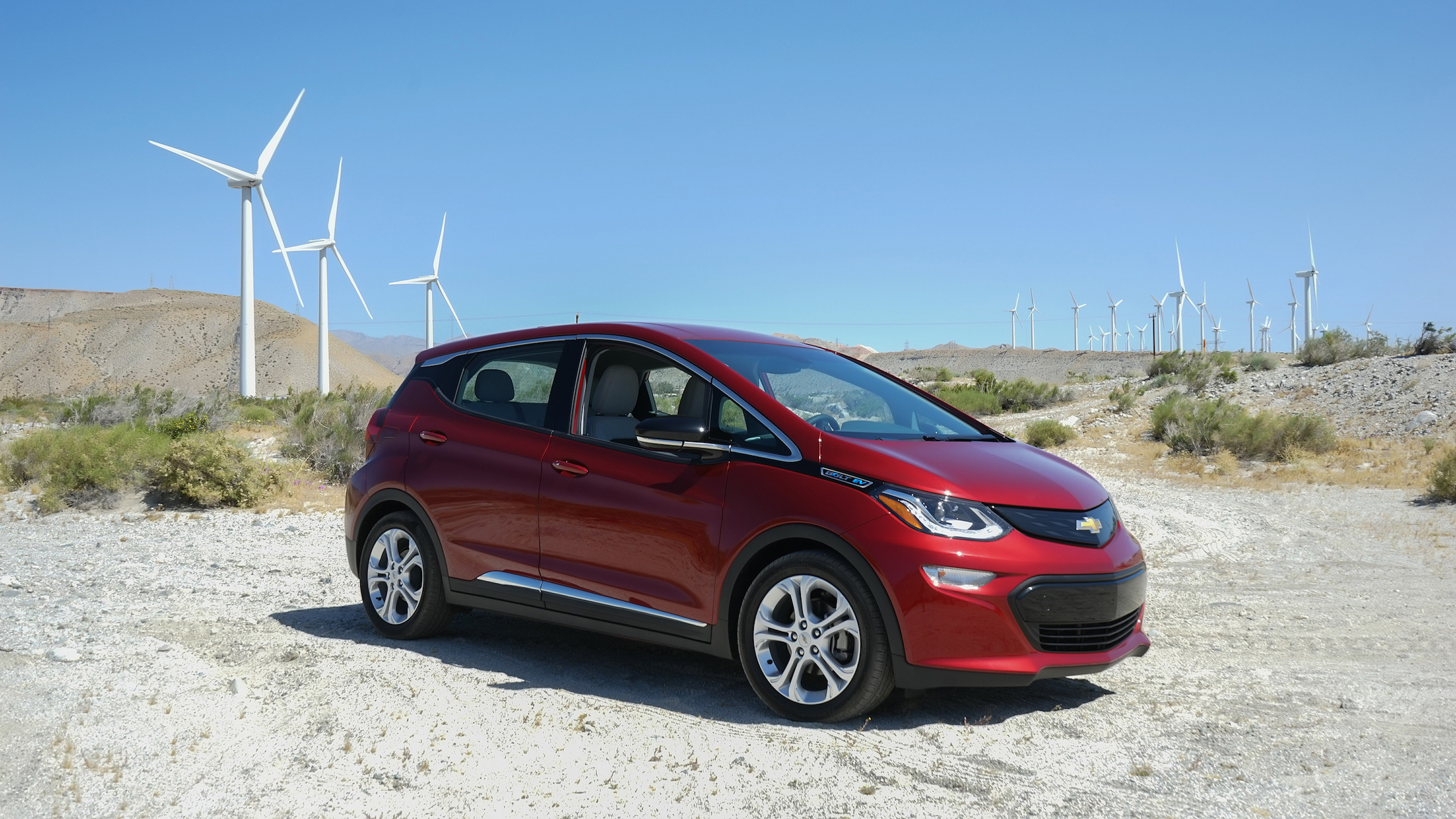 GM (market cap: $46.2 billion) will be the second company to sell 200,000 electric vehicles in this US, which triggers the phaseout of the US federal tax credit for EVs. That said, its Chevy Bolt EV and Chevy Volt PHEV have seen sales tank this year. It appears that GM is going to walk across the 200,000-vehicle finish line.

Presumably, some of those electric car models will also be available in the US and Europe, but we don’t have many clues on that.

One special note about these plans is that all 20 models are supposed to be fully electric vehicles, not “electrified” hybrids. Another special note is that some of them will be fuel cell electric vehicles, which I consider to be a waste of time and money, but that’s the plan for now. In any case, the story is clear: 20 electric models are on the way for China, and maybe elsewhere.

GM CEO Mary Barra last year announced as well that they aim to have battery cell costs down to $100/kWh by 2021. Tesla is reportedly at that figure this year.

We don’t have information about any large GM investments in battery technology, just a $28 million investment into battery development and testing near Detroit, so it’s unclear if GM is investing much into batteries to bring costs down or if it is just counting on suppliers like LG Chem to get the job done.

Related, but probably overlooked by most, Barra indicated they intend to be producing profitable electric cars by 2021. This seems to again trail Tesla, which is reportedly going to be making a profit — across the company — in the final quarters of this year.

What does all of this mean? How many electric cars does GM intend to be producing by 2020 or 2023? Well, it seems highly unlikely the target is high. Perhaps 1 million a year by 2023? Perhaps? 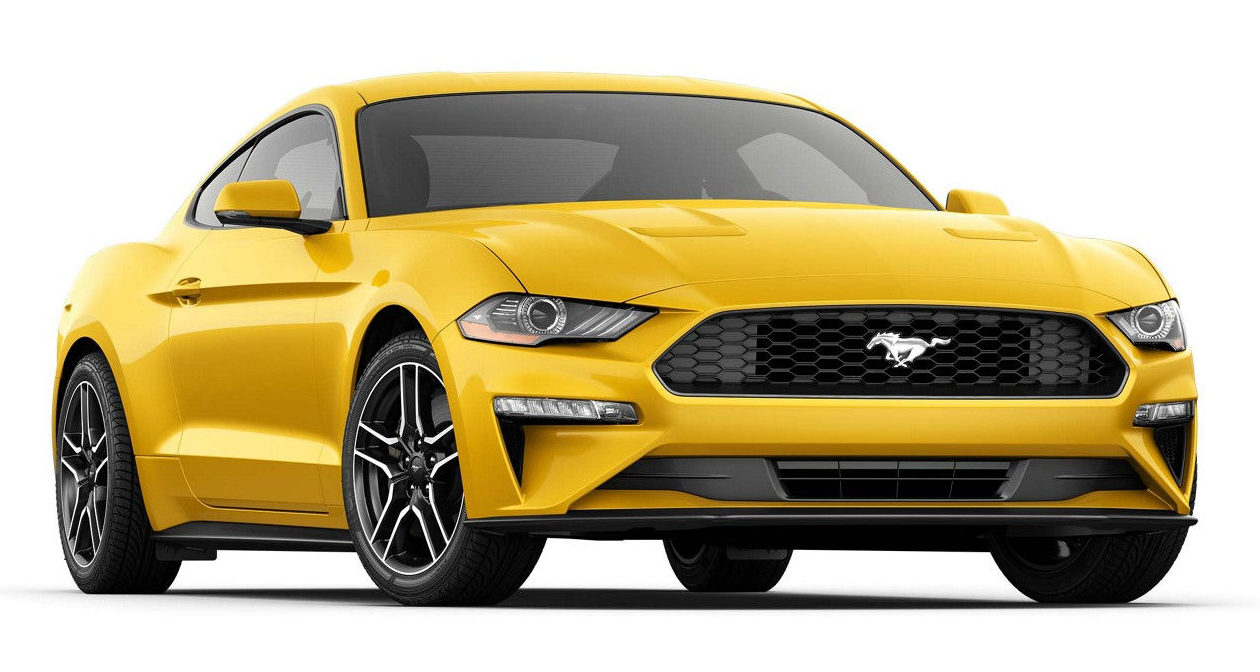 Ford (market cap: $35.4 billion) has made an interesting move. It has decided to ditch cars in the US, aside from its iconic Mustang. In a retreat from the car market just as Tesla is gobbling much of it up, Ford will focus its efforts on inefficient trucks and SUVs.

Ford’s big EV announcement, made in January 2018, is that it intends to be selling 40 electrified models by 2025. The problems that make that less exciting than it sounds are: 1) again, some (or many) of those models are just for China, and 2) “electrified” includes conventional, out-of-date, non-plug-in hybrids. Of the 40, only 16 will actually be electric models. But, hey, 16 beats the company’s current 3 (two of which are plug-in hybrids).

One of those models will be an all-electric SUV, but as with other models, we don’t have any info on price, range, or targeted production capacity. Given that Ford’s EV sales totally suck, it’s hard to expect much from the company by 2023, let alone 2020. In fact, it’s hard to see how Ford doesn’t tank financially by 2023 given its slow walk into the EV future.

There was also hope that Ford would somehow pull a rabbit out of its hat and jump into a leadership position in the electric pickup truck segment, but it turns out the electrified Ford F-150 is supposed to just be a hybrid, and the same for the electrified version of the Mustang. Frankly, it’s hard to see how anyone can think the Mustang competes against the Tesla Model 3, so it’s hard to envision a bright future for the Mustang.

Ford’s investment in electrified models is supposed to reach $11 billion by 2022, which is a notable increase from the $4.5 billion by 2020 that it pledged in 2015. It’s on par with some of the companies with the biggest public announcements about EV investments, but it’s still far lower than the $40 billion that Volkswagen plans to invest by 2025 — unless Ford will put in another $29 billion from 2022 to 2025, which I guess is possible … maybe.

Our resident Nissan (market cap: $35 billion) expert, Maarten, will do a much bigger dive into this company’s plans and potential, but suffice it to say that this is perhaps the electric vehicle producer most intent on beating Tesla to 1 million electric cars a year. Can it win that race? Probably not, especially since its plan is for 1 million electrified vehicles a year by 2022 and Tesla’s plan is to produce 1 million fully electric vehicles by 2020–2021. But at least we again have a firm target from an automaker — the first actual EV sales target of some sort since Volkswagen’s target of 3 million electric cars a year by 2025. Actually, outside of the Renault-Nissan-Mitsubishi Alliance and Tesla, it seems there are no other auto companies with clear or at least public electrified, plug-in, or fully electric car sales targets.

I noted in the last article that there’s a strong case that the Renault-Nissan-Mitsubishi Alliance should be treated as one company, as Volkswagen Group is. If you did that, it would be in the first article in this series and would give Volkswagen Group a run for its money. The Alliance plans to release 12 new pure electric vehicles by 2022 and hopes to see a 30% decrease in battery cost from 2016 to 2022. Presumably, it is similarly targeting ~3 million electric vehicle sales a year by 2025, if not 2023 or 2024.

As usual, it all comes down to the batteries, and it’s still unclear what Nissan or The Alliance’s battery plans are through 2023. 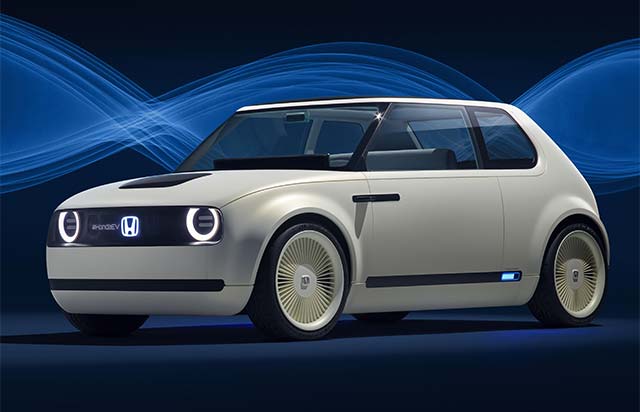 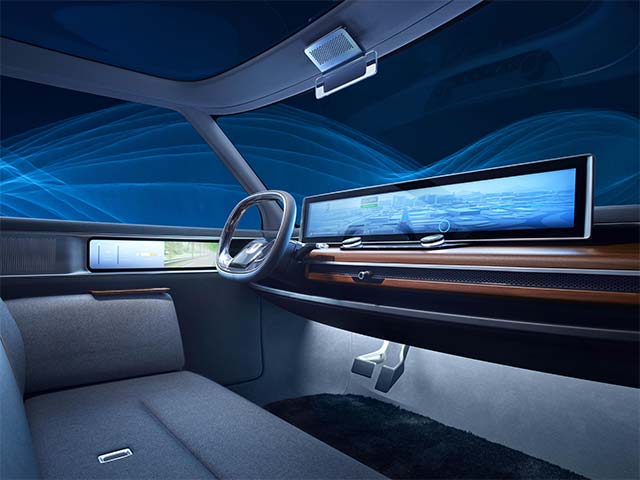 Honda, Honda, Honda. Well, we don’t really have much to write about here. Honda (market cap: $48.9 billion) intends to have a compact EV on the market in Japan by 2020. Presumably, it will also have to roll out several electric models in order to see half-decent sales in China.

That said, unless Honda plans to go out of business, I don’t think we’ll have to wait till 2030 for some notable electric vehicles from the automaker.

Update: As a couple of readers noted, Honda is supposed to start taking reservations for the Urban EV concept pictured above in early 2019 and start producing it in late 2019. There’s also the Honda Everus EV concept targeted at China.

Zachary Shahan Zach is tryin’ to help society help itself (and other species). He spends most of his time here on CleanTechnica as its director and chief editor. He’s also the president of Important Media and the director/founder of EV Obsession and Solar Love. Zach is recognized globally as an electric vehicle, solar energy, and energy storage expert. He has presented about cleantech at conferences in India, the UAE, Ukraine, Poland, Germany, the Netherlands, the USA, and Canada.

Zach has long-term investments in TSLA, FSLR, SPWR, SEDG, & ABB — after years of covering solar and EVs, he simply has a lot of faith in these particular companies and feels like they are good cleantech companies to invest in. But he offers no professional investment advice and would rather not be responsible for you losing money, so don’t jump to conclusions.