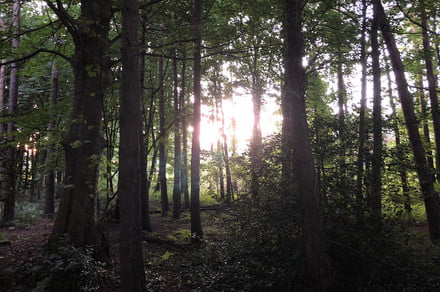 A new drone developed at Massachusetts Institute of Technology (MIT) could be the key to finding hikers lost in the woods. A challenge with search and rescue operations for people lost in forests is that helicopters and drones which fly above the tree canopy cannot see down to the forest floor to locate them, so autonomous drones which can weave between trees are a proposed alternative. However, most autonomous drones rely on GPS signals which can be weak or non-existent in heavily forested areas. Now researchers at MIT have developed a flying drone which does not rely on GPS but uses onboard computation and wireless communication instead.

The quadrotor drones have tools onboard to help them move around and plan paths, like laser-range finders which can estimate the drone’s position. Rather than downloading GPS data and using this to navigate, the drones form their own 3D maps by surveying the terrain and using algorithms to recognize areas that are already mapped. The data is displayed as a visual map in which unexplored areas are dark and already explored areas are grey, with trees shown as blocks of blue or green depending on their height. When several of these drones are used in concert, their data can be combined in a ground station which weaves all of the terrain information together to produce one large 3D map that can then be used by rescuers to locate lost hikers.

The next step in getting the drones ready for use is to equip them with object detection which they could use to tag the location of a hiker once they are found. Then the emergency services could use this location information to plan a rescue. The drones could essentially take over time-consuming searches, as Yulun Tian, a graduate student in the Department of Aeronautics and Astronautics, explained in a statement: “Essentially, we’re replacing humans with a fleet of drones to make the search part of the search-and-rescue process more efficient.”

In a real-world demonstration, the drones were able to map a 215 square foot area each and to successfully fuse their data into one collaborative map. See the drones in action in the video below: