We’re still in the early days of the foldable phone re-emergence, but there are a couple of options available if you want to buy-in. These are no longer concepts or prototypes, they’re complete phones that are on store shelves just like any other. Right now, the best overall option is the Samsung Galaxy Z Fold 2, but it’s far from your only option. These are the best foldable phones you can buy.

The Galaxy Z Fold 2 is by far the most refined foldable currently on the market. It improves massively upon the hinge of the original Fold, and can stay open at various angles to use certain software features in unique ways. The cover display takes up the entire face of the device, and while it’s a bit narrow compared to most phones, that helps keep it relatively useable one-handed, since the phone is particularly thick when folded shut.

The inner display features Samsung’s Ultra Thin Glass (UTG) screen covering, making it more durable than other fully plastic options, and the 120Hz adaptive refresh rate makes everything you do on that display feel ultra-smooth. Of course, it’s large enough to run two full-sized apps in split-screen view, and you can run even more without slowing down the Fold 2’s ultra-powerful specs.

With a 4,500mAh battery, the Z Fold 2 can easily last through a full day, though it isn’t without its setbacks. For one, foldables still have too many moving parts to offer water resistance, and this phone is no exception. You’ll also run into the occasional unsupported app, which may scale abnormally to the large display. But the compromises mostly stop there; the Z Fold 2 is as close to perfection as we’ve seen so far, and goes a long way to earn its high price tag.

The most powerful foldable with the fewest compromises

Samsung’s most refined foldable yet is a multitasker’s dream, with a huge canvas and all-day battery life.

Flip phones are back! Samsung’s latest revision to the Galaxy Z Flip it launched earlier this year brings 5G support and the latest, greatest Snapdragon 865+ processor to a familiar design. At its core, the Galaxy Z Flip 5G looks and acts like an S20+, running Android 10 with Samsung’s One UI software. But of course, it folds in half, allowing it to fit much more easily into your pocket than an S20+.

Along with that added portability, the Z Flip 5G can also be propped up like a laptop or compact mirror to take selfies or make video calls, but otherwise there’s not much extra functionality versus a traditional smartphone. That’s not such a bad thing, though, since it performs exactly as a traditional phone should. It’s fast and responsive, and has decent battery life.

Like the Z Fold 2, the Z Flip 5G lacks water resistance, and its display is limited to just 60Hz and 1080p. You’re also getting a pretty weak speaker system and no ultra-wide camera on the back, but if you’re after something portable above all else, the Z Flip 5G is still a great option.

Great for users with tiny pockets

The best part of the Galaxy Z Flip is its ability to feel like a normal phone when it’s open, and then quickly fold in half to a compact size.

When it comes to the limited selection of foldable phones, the Samsung Galaxy Z Fold 2 is the best of the bunch. It doesn’t offer the same level of durability and value as a normal non-folding smartphone, but that’s not what we’re evaluating here.

As far as a foldable goes, it offers the best combination of features and quality while limiting the compromises. When it’s open, you have a tablet-like canvas for running multiple apps, and when it’s shut, you get a relatively familiar (albeit narrow) form factor that’s useable in one hand. Best of all, you can use the three great rear cameras regardless of which screen you’re using.

Hayato Huseman is a recovering trade show addict and video editor for Android Central based out of Indianapolis. He can mostly be found complaining about the cold and enthusing about prog metal on Twitter at @hayatohuseman.

Andrew Martonik is a former Executive Editor, U.S. at Android Central. He has been a mobile enthusiast since the Windows Mobile days, and covering all things Android-related with a unique perspective at AC since 2012. For suggestions and updates, you can reach him on Twitter at @andrewmartonik. 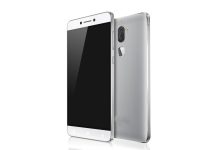 Micromax set to launch ‘In’ series smartphones on Nov 3

machine learning: New tool can diagnose stroke with a smartphone

Get off that smartphone. It can destroy you

Smartphone for stroke diagnosis! How is it working? 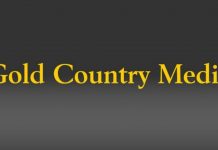 Smartphones: the catalyst of a more informed and accepting future – Gold Country Media