Interested in learning what’s next for the gaming industry? Join gaming executives to discuss emerging parts of the industry this October at GamesBeat Summit Next. Learn more.

Bit Odd, a new development house from Finland is, well, a bit odd. Headed by one of the minds behind Clash of Clans from Supercell, the new studio has big ambitions. With the help of Index Ventures, the company plans to be the next big thing in mobile gaming.

Index Ventures, a European venture capital firm, has a long history of backing successful mobile gaming groups. With a list of investments that includes King, Supercell, Roblox, and Dream Games, Index seems to be doing something right. Now the firm feels that “something special” from Bit Odd — special enough to lead a round of investment to the tune of €5 million Euros for the new company.

We talked with Lasse Louhento in an online meeting about his new company, working from home, and the creative process.

GamesBeat: Can you give us a little background on your journey as a game developer?

Lasse Louhento: My childhood dream has always been to have my own game company. I’ve loved games ever since I was introduced to gaming in 1980. England, at the time, was the sort of Mecca of C 64[Commodore 64] games. Then America and Japan. Big fan of Nintendo.

For me, the Japan thing didn’t quite work out. I didn’t go to Japan except some exhibitions, amd landed on different things like PC games and point and click adventure games. After that, I worked eight years on console games for AAA studios. Then on to mobile.

I landed at Supercell and was one of the early members there.  Ended up leading the Clash of Clans team. I was the game lead and the art director there. I think I’ve matured enough to be flying on my own. This is a team sport, so I mean, we all feel the same thing. We want to try something we feel comfortable with, like making this creativity bubble we want to work in.

GamesBeat: What made you folks decide to form a new company?

Lasse Louhento: We don’t make games for the money. We make games to be better at it. And even though I have a couple of wrinkles, I still consider myself fairly young. We make games because I feel like we are kind of good at it, but we have still a lot to learn. We just need to keep on going and take the lessons of Supercell’s success. The failures from the past are all equally as important to moving forward and building a rock-solid foundation.

GamesBeat: How did you end up deciding on your company name?

Lasse Louhento: There are multiple reasons for it. We had like 500 different candidates, but the nerd inside me likes the word bit like the computer ‘bit.’ But it’s also a ‘little bit.’ Nintendo has what’s called a deep ocean strategy, meaning that they are trying to find new territories where they can entertain people. Finding new forms of fun. There are a lot of copycats in the mobile market looking at the market leader and wanting to do that. And there’s nothing wrong with that. That strategy also works, but the gaming enthusiast in me wants to dig deeper. Maybe there’s something that we haven’t seen before or played before. That’s why we’re here. We are a bit odd in that sense.

GamesBeat: Can you give us an idea of what you’re working on?

Lasse Louhento: Out new blog post ended up being quite revealing in some ways. You need to read between the lines, right? We are big into creativity. What really excites me is seeing our game potentially being played by millions of people. When I go abroad to Barcelona and seeing local teens or adults playing our game, that’s a success for me. So, creating a massively popular product with new IP is something that I’m turned on by. The benefits of a big success, a large DAU(Daily Active Users), is a side product. We know how to distill it to user acquisition, monetization, etc…. In our case, the priority is slightly different. We focus on good gameplay experience and user exposition that keeps the players happy. The monetary stuff will come with that.

GamesBeat: What were the games that inspired you to get into this business?

Lasse Louhento: The likes of Mario, Super Metroid, and all that stuff. They are fond memories. I was at the GDC (Game Developers Conference) when Breath of the Wild was released and their producer Eiji Aonuma used the Japanese word グッとくる (pronounced guttokuru) which means “it stirs the soul.” If you do something that is incredibly cool, it stirs the soul of the player. You get goose pimples, you go, oh my God that’s something special. Like somebody went in and put in the extra effort. I’m not talking about overt storytelling but storytelling via gameplay mechanics.

GamesBeat: You and your team work in an office. How do you feel this is an advantage over remote work?

Lasse Louhento: We have an office. We have the most beautiful … [Laughs] no, we have a very compact, very small office, but we designed it ourselves. We basically put the emphasis on good chairs and good lighting because we like to geek out. I know a lot of people like remote work and remote work is great. Because we are so small, I believe that the best ideas come from somebody saying something and somebody else grabs onto that and generates another thread. Then somebody’s combining those two threads. You know what I mean?

GamesBeat: Yes, that kind of interaction can be challenging with remote work.

Lasse Louhento: Yes. Like, I had a good idea today. You feel the stirring of the soul. And once you put it out there and other people go “ooooh,” you get this feeling that there’s something there. A lot of these guys are gamers. They really love the craft. They’re passionate about the stuff. This is not like a nine to five type of mentality. I often make a comparison to Sofia. What’s the practice called when you deliver babies? You know, the lady….

Lasse Louhento: Midwife! [Laughs] It’s a profession in which you have a calling. I think it’s kind of similar. We love it.

GamesBeat: What’s your initial plan for the new investment?

Lasse Louhento: The investment will help us develop the game. First and foremost, there’s a lot of talent in Finland. We’re trying to get the best people here to work on it. We don’t have a lot of people now — we’re six and we’re scaling up to 10. I think with 10 people, we can ship the first game. Getting the top talent. There are dinosaurs, like me, that have been in the game for 30 years. But we also want fresh talent, getting the right mix of fresh energy and old wisdom. I think that’s a really, really powerful combination. It is very much like a team sport. At Supercell, we didn’t really have a game designer. It was our duty to make the game, little by little, a bit better every day.

GamesBeat: Can you tell us about your current team?

Lasse Louhento: From Supercell, along with me, there’s Jani Lintunen and Taneli Oksama. They’re old colleagues of mine. I worked for 10 years with tan and 20 with Lin. They’re the people I trust, but also we’ve been extremely fortunate to have three new kick-ass programmers. They’re the future stars.

GamesBeat: What positions are you looking to add?

Lasse Louhento: We are looking for programmers and artists at this time, but obviously we won’t say no to talent. Talent comes in different forms. Like you don’t have to have Harvard CV. [Laughs] You can tell if somebody’s in it by where their motivation is lying? What do they want to do? You can normally tell if people are being genuinely interested about creating a great game. The world’s greatest game.

For more information about Bit Odd and their plans, check out this blog post from Lasse Louhento or Bit Odd‘s company website. 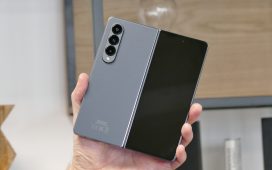 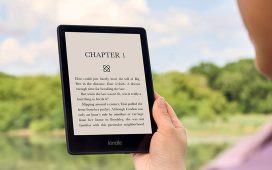 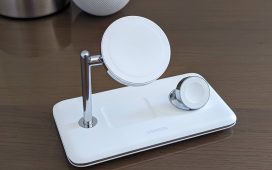 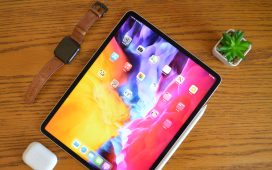