The organisers of the British Touring Car Championship (BTCC) have delayed the start of the 2021 season due to the ongoing pandemic.

A revised calendar for the race series has been issued and it delays the originally proposed start date of 3 April by five weeks. The series will now begin at Thruxton with the full three rounds on 8/9 May, with Snetterton following on 15/16 May and Brands Hatch on 12/13 June.

The full 10-event, 30-race season will be retained, though, meaning the final race weekend on the Brands Hatch Indy circuit will take place on 23/24 October. Only 27 races were run in 2020.

Organiser TOCA claims the decision to delay the start of the BTCC is primarily to “maximise the opportunity for spectators and guests to attend our events”.

Prime minister Boris Johnson has warned that the current national lockdown could continue in some form until Easter, with the potential for localised tiers to return beyond that. By delaying the start of the BTCC until May, it’s more likely that the public will be allowed to attend organised sporting events by that time.

Earlier this week, the series confirmed a full grid of 29 cars for 2021. TOCA held back issuing three additional BTCC licences (TBLs) in line with its ambition “to gradually reduce the size of the BTCC grid”.

ITV to broadcast BTCC until end of 2026

Up before the judges: meeting the BTCC decision-makers 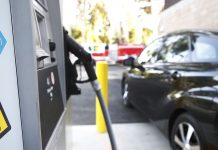