Left-field bodystyle variants are becoming rarer and rarer – and the varying sales failures of the five cars featured on this page will probably give a clue as to why.

Take the BMW 6 Series Gran Turismo, which seemed a reasonable idea on paper. It turned the luxury four-door 6 Series Gran Coupé into a hatch with some rear-end implants to make it more practical inside.

In reality, though, most buyers jumped straight past this into an SUV and so BMW has recently binned it from its UK line-up.

Not that this should worry used car buyers because the example we found is half its original new price. And, sure, this one has covered a relatively high 30,000 miles in two years but there’s still one year’s worth of manufacturer warranty left to help allay your concerns. And you are getting genuine luxury-grade comfort, refinement, space and convenience, as well as all-singing, all-dancing cabin technology.

It’s a soothing and easy car to drive, plus its practicality and usability far exceed normal saloon car standards. This smooth six-cylinder diesel will see off a hot hatch at the traffic lights, too, yet effortlessly return north of 50mpg on a motorway run.

More questionable are its polarising looks. But whereas a high price may have put off new car buyers, this huge drop in value makes it a whole lot more tempting.

This one is well specced, too. As well as all the usual M Sport design tweaks, the Technology Package adds a head-up display and wireless phone charging, and there’s a punchy Harman Kardon stereo, 20in wheels and smart-looking cabin trim.

Chrysler PT Cruiser Convertible, £2495: The only car that looks worse than a hard-top Chrysler PT Cruiser. It really is hard to think of it as anything other than a tasteless bastardisation of retro American styling. But if you want to stick it to the haters, then this dazzlingly blue version will do the job.

Holden Ute SS, £19,995: With its 6.0-litre V8, this is a radical and potent pick-up. But buyer beware: it has been meddled with, thanks to new ‘racing’ camshafts and a remap. Still, this more interesting offshoot of the equivalent saloon is a bare-chested brawny Aussie delight.

Skoda Fabia 1.4 TSI vRS Estate, £5650: Not to be scoffed at, this. Sure, a performance-focused mini load-lugger is a niche within a niche but it’s engaging, entertaining, great value and rare. The peppy 178bhp turbo engine loves to rev and it’s spacious and well-appointed inside, too.

Khan Flying Huntsman 6×6, £240,000: It’s hard to imagine the scenario where six wheels would be necessary. But Kahn Design clearly did. This fully Frankensteined Land Rover Defender 110 gets 430bhp from its 6.3-litre GM LS3 V8, eight seats, too many wheels and an enormous price.

Mitsubishi Lancer Evo VI, £30,000: The WRC legend seems to be getting mightily pricey, with the hammer falling recently at just over £30,000 for this one. But it’s a pristine example. Indeed, it’s a show queen with some concours trophies among its advertised pictures. It has covered 15,000 warranted miles and the only thing that has been altered is the suspension – but the original shocks were included in the sale as well. This seeming originality surely played a more than significant part in the high price – as heavily (and terribly) modified Evos are far more common than ones you’d actually want to own and cherish.

Citroën Saxo 1.6i VTR, £2495: It’s widely accepted that the Peugeot 106 GTi was the more successful sibling, but soaring prices and scarce availability of that car make the Saxo VTR look more tempting with each passing year. Finding one that hasn’t been parked in a hedge by a 17-year-old isn’t easy, but here is a pristine two-owner late Mk2 from 2003, fresh from a service and with a bulletproof MOT history. We’ve seen French hot hatch desire send prices soaring on the used market and this front-wheel-drive firework has a genuine chance to one day be as revered as the 106 GTi.

Mark Pearson: No, this is not a Ferrari for £4000, but it’s the nearest thing to it. The masterpiece I’ve chosen here is worth getting out the chequebook for its looks alone, but when you consider the heritage of the thing and then actually drive it, you’ll be forever smitten. I should also point out that the immaculate Italian stallion I’ve found is a one-owner 1996 car with 58,000 miles and a full service history. What have you found, Felix?

Felix Page: Looks aren’t everything, so I’ve plumped for a reliable German motor that’s more go than show. Everyone loves a first-gen TT and this 2003 example is one of the latest on the market. Never mind that, though: it’s also one of the best-specced, what with its 225bhp 1.8-litre turbo motor, manual six-speed ’box, four-wheel drive system and oxblood leather seats. It’s also packing more kit than a PE bag and looks almost factory fresh.

ALSO READ  Leaving snow or ice blocking your number plate could land you a £1,000 fine

MP: Oh, you’ve gone for a Golf. How quaint. Yes, I can see it has appeal if you’re driving it to the lodge, but where’s the fizz?

FP: I note that your 1990s Fiat is “kept garaged”. Well, there’s a surprise. The ‘fizz’, Mark, comes when you can fearlessly tackle the open road…

MP: I think James is a sensible man and I know he’ll see mine as an appreciating classic…

FP: I rather think he’ll ‘appreciate’ a sporty coupé that just works.

Know the Law – Motorcyclists and the New Auto No-Fault Law 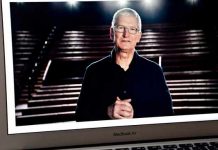 Germany Is Betting Everything On Electric Cars

GLSS closing its transportation business as of July 1

Crane and car collide on S. Gammon Rd. onto Beltline