CAERPHILLY county borough is the worst area in Wales for electric car owners with just one charging point across the whole authority – which is on private land.

Despite an increase in electric and plug-in hybrid drivers in the area since 2013, the one charging station is owned by Welsh Water and available to staff only.

This comes as councillors and residents clash over Hafodyrynys Road, the most polluted street in the UK, bar London.

Mid Ulster, Northern Ireland, has the same number of EV drivers as Caerphilly – 104 – but has 23 charging points.

A spokesperson for Caerphilly council said an ‘Electrical Vehicle Strategy’ had been approved which aims to add more charging points, but added: “It’s too early to indicate number and location of charging points in the future.

“The council is currently undertaking a feasibility study to identify funding opportunities and sites for consideration in future.”

The plans fall under Caerphilly’s ‘Green Transport Hub’ initiative which will see 16 electric buses introduced in partnership with Stagecoach from 2020.

According to an FOI Request from the Liberal Democrats, only Caerphilly council and Monmouthshire council have concrete plans to add more charging points.

By 2040, all new cars and vans must be electric or zero-emission under government plans to “lead the world in zero emission vehicle technology”.

Bridget Fox, of Campaign for Better Transport said: “Sadly, this is not a surprise.

“Moving to electric vehicles, as well as reducing overall traffic levels, is vital to tackling air pollution and reducing transport’s CO2 emissions, but for many the lack of easy access to charging is a major barrier to making the switch.”

A spokesperson for Monmouthshire Council confirmed that they have commissioned a feasibility study on EV charging points and sites, with it anticipated a number of sites will be prioritised.

“Electric vehicle ownership is still relatively low with limited demand at present for charging infrastructure, but this is increasing and will likely take off once drivers have confidence that a reasonable number of charge points are available.

“We have four electrical vehicles operating in our Community Meals team and we are constantly trialling electric vehicles in other sections of the council to establish suitability and range.”

“The council is considering the use of the OLEV (Office for low-emission vehicles) on-street residential charge point grant.

“The grant has been modified and can now be used to fund charge points in local authority owned car-parks, which is an area we are investigating.”

A spokesperson for Blaenau Gwent council said: “The council has provided charging points at the Regain building in the Works Site and the private sector has also begun to provide limited numbers of electric charging points too, for example at supermarket car parks.

“Blaenau Gwent is working with partners to secure an investment into an Automotive Technology Hub at Ebbw Vale, where it is hope that Research and Development into these types, plus emerging technology, would be housed.”

Torfaen Council were also approached for comment but have not yet responded. 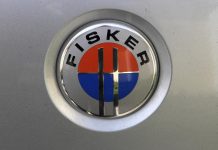 Transportation Workers for ‘The Ride’ on Strike – NBC Boston

Building a bridge to the future: why we cannot abandon gas in the grid