A car spun out of control and flipped onto its roof early Sunday on a road glazed with ice, following a storm that brought freezing rain to the greater Philadelphia region.

The car overturned around 3:30 a.m. near the intersection of Ditman and Bridge streets in Philadelphia’s East Frankford neighborhood.

The car sustained major damage and had its roof crushed, but police said somehow no one was hurt.

The Philadelphia Police Department’s accident investigation team was looking into the crash and could not immediately say if it was weather-related, but the street where the accident happened had a coating of ice.

The day prior, the storm caused several crashes, as well as slips and falls, throughout the Delaware Valley. Icy spots still lingered Sunday, so both drivers and pedestrians were advised to stay indoors or use heightened caution. 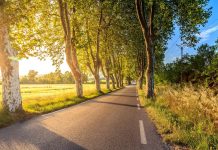 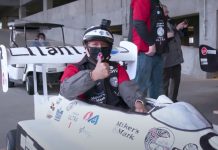