Car industry bosses have called the huge rise in battery-electric and plug-in hybrid vehicle sales last year a “significant achievement” – but say that a massive investment in charging infrastructure and domestic battery production is needed in readiness for the UK government’s planned 2030 ban on new ICE vehicles.

Mike Hawes, the head of the Society of Motor Manufacturers and Traders (SMMT), said that while the growth is hugely encouraging, it needs to be considered in context of the UK government’s 2030 ban on most non-zero-emissions vehicles. Certain hybrids will be allowed until 2035.

Hawes said being ready for that change in nine years “will challenge this industry, other industries in the UK and the global industry”.

He added: “What matters to achieve this target is having a strong industrial strategy from government that really ensures the UK remains competitive, attracts investment and remains a strong market [for EVs]. It’s a global challenge and one where the UK needs to take the lead and move as quickly as it can.”

“We’re still in the early adopter mode of EV sales but rapidly getting beyond that. One of the key things holding people back isn’t the range now but the availability of charging infrastructure. The gap is charging at home. In the same way people charge a phone overnight, people will want to charge at home when they park overnight.

“That’s fine if you’ve got a drive or designated spot, but around half of vehicle owners don’t have a designated spot, so they’ll depend on public on-street charging. You need the assurance that you’ll be able to charge when you get home. I don’t think it’s for the car industry to be finding that infrastructure, it’s for the energy providers; it’s a market opportunity that the government needs to facilitate.”

Hawes also said that the UK needs to massively increase its production of electric car batteries, both to meet the 2030 target and to ensure the future strength of the British car industry.

The UK current has around 2GWh per year of battery production at Nissan’s Sunderland plant, and the planned Britishvolt gigafactory could increase that total to 15GWh – enough to build around 250,000 EVs a year. But Hawes said: “We’ll need to double that pretty quickly to build the volume we’ll require.

“At the moment, the overwhelming majority of battery production takes place in Asia. Europe wants to locate it in Europe, and we want it in the UK as well to support manufacturers, and that’s a policy ambition of the UK government and industry. We need to make sure we’re competitive in attracting that investment.”

The SMMT estimates that 60GWh per year will be needed by 2030 to allow for a million EVs to be produced locally, with a total capacity of 120GWh required by 2040 to support annual production of two million EVs. 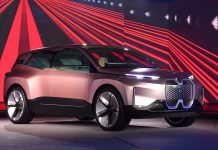