Carriers are preparing for the launch of a 5G “iPhone 12,” as shown by a leaked marketing email from a wireless carrier.

Well-known leaker Evan Blass shared a screenshot of a leaked carrier marketing email to Twitter on September 9. The email reads “Hello iPhone 12. Be the first to experience it on [redacted carrier name] 5G.”

It’s long been rumored that the “iPhone 12” will support 5G cellular networks. The email also tells users to “Stay Active with ‘Apple Watch Series 6,'” another Apple product that has not been officially announced yet.

Apple has bled more than $500B in market value in September 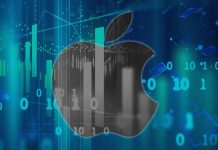 Apple has quietly dropped 22% from its peak, giving up $500 billion in market cap