VIENNA: Austrian chipmaker AT&S on Tuesday reported a 13.2% increase in its first-quarter core profit and forecast its profitability would increase in the second quarter thanks to strong demand from smartphone makers and industrial customers.

“Despite the downward revisions of economic forecasts, the global megatrends in the electronics industry are still intact overall – especially due to progressing digitalisation, the new 5G mobile communication standard and massive data volume growth,” the company said.

AT&S, which produces circuit boards for smartphones and tablets and supplies firms such as Apple, Intel and major European auto suppliers, said it does not expect the auto industry to quickly recover to pre-crisis levels.

It expects slight growth in medical applications in the full year but predicts delayed product launches in its mobile devices unit due to uncertain consumer behaviour.

AT&S expects its EBITDA margin to grow to 20% to 25% in the second quarter from 15.9% in the first quarter. Sales are forecast to be flat compared to last year’s period.

ALSO READ  Drugs, phones and £1000 in cash seized as efforts step up to disrupt County Lines

Samsung’s first Penta-camera smartphone, Galaxy A72 to launch next year 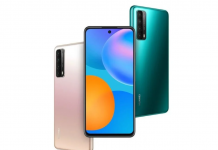