CityFibre is to invest £2.5 billion to bring fibre to the premise (FTTP) infrastructure to five million homes across the UK, giving Internet Service Providers (ISPs) and mobile operators an alternative wholesale network for consumer broadband and backhaul services.

The company doesn’t operate commercial broadband services and instead builds networks which it sells to other communications providers on a wholesale basis.

It has built several city-based networks, and in 2015 bought KCOM’s infrastructure outside Hull and East Yorkshire. According to its full year results, CityFibre now has 3,740km of fibre infrastructure, up from 3,383km the year before.

Plans to bring FTTP to one million homes by 2021 are already underway, with Vodafone secured as its first customer and ten ‘gigabit’ cities already announced.

But the expansion of this vision will see CityFibre maximise its assets in other parts of the UK, with the next tranche of cities to be announced in ‘due course’. It has promised to continue its ‘whole city’ approach which means that once completed, nearly every single home, business and public sector site will be connected.

CityFibre plans to position the network as an alternative to Openreach, which has its own FTTP rollout plans, lowering prices and “dramatically” improving service levels for ISPs and operators. This will be of particular interest to mobile operators keen to lower costs and increase the capacity of their networks ahead of 5G.

“With a head-start in 37 towns and cities, this full fibre investment plan enables us to further accelerate our rollout, catalysing huge economic growth in regional towns and cities across the country and transforming the UK’s digital future,” declared CityFibre CEO Greg Mesch.

“Our rollout will soon bring to scale an innovative wholesale network, providing internet service providers and mobile network operators with greater choice and unrivalled technical capabilities, benefitting all sectors of the market.

“We now need to work together across Government, Ofcom and industry to create a level-playing field that continues to encourage investment from multiple network operators, so that full fibre can be delivered as quickly and effectively as possible.” 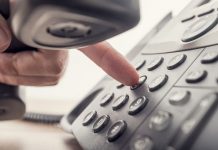