The city’s I-T provider is working on the problem, but officials say it’s unknown when the system will be restored. The city apologizes for the inconvenience. 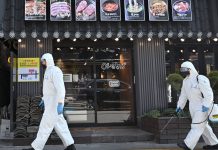 Redmi to launch an entry-level 5G smartphone under $150

Smartphone Shipments to Suffer Annual Decline by 14.6% in 2020: Gartner