Classic car enthusiasts are being encouraged to purchase special rally plates to carry on their cars on any events running on April 25 to raise funds for the NSPCC Childline charity.

The initiative, run by the Federation of British Historic Vehicle Clubs (FBHVC), is selling the rally plates, priced from £10 for a standard plate to £30 for a platinum plate, with proceeds going to charity.

The event runs under the banner of the FBHVC’s Drive It Day, which was first organised in 2005 and is timed for the closest weekend date to the running of the 1000-Mile Trial of 1900, which was then held to raise the profile of the then new motor vehicle.

The plates can be affixed to any cars running on events run by the FBHVC’s membership of around 500 clubs, be it a run to a picnic at a local place of interest, the local pub or to well-known motoring destinations such as The National Motor Museum at Beaulieu, Brooklands, The British Motor Museum at Gaydon and Bicester Heritage.

Further details, plus the facility to order plates, can be found here.

The top 30 modern classics you can buy

The best cars from the classics rebuild industry

Huge rise in online car sales to continue in 2021 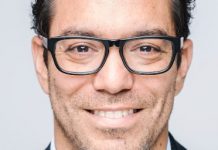 How to fight imposter syndrome, according to an immigrant tech CEO