I bet many of us have at least vaguely pondered whether an electric car could be for us – perhaps driven by that spark of conscience to ‘do the right thing’ when it comes to the environment?

Certainly, electric cars are being billed as the future for motoring – in fact the Government could ban the sale of petrol and diesel cars within the next 12 years. But are we ready for electric here in the UK – and specifically the North West? As part of our week of climate change special reports on ITV Granada, we thought we’d investigate. So, a couple of weeks ago, we embarked on an electric road trip to Amsterdam – the place with the highest density of chargers in the world – to see how we compare.

Our trip to Amsterdam would take us to Harwich in Essex, from where we would get an overnight ferry to the Hook of Holland, and then on to Amsterdam. It’s a journey of more than 320 miles – our fully electric Kia Niro has a range of about 250 miles which means we’re going to have to stop at some point on our journey to charge. And unlike a road trip in a petrol or diesel car where you probably wouldn’t even think about where to refuel, we’re going to have to plan this a bit.

Here’s a stat for you – the UK actually has more electric vehicle charging points than petrol stations. Sounds reassuring, until you realise they’re not evenly spread across the country. Here in the North West we have just 7.6% of those charging points. The other thing you need to know is that not all those charging points deliver that charge at the same speed: It could take as little as an hour, or more than 12 hours. So, for our road trip, we needed to find what’s called a ‘rapid charging point’ that would charge us up in under 2 hours.

Now luckily, there are plenty of tools to help. There are apps for your phone, and the cars also have charging stations plumbed into the navigation systems, so you should be able to see lists and maps of places where you can stop. Sounds pretty straightforward? But as we found out, it wasn’t.

We planned to stop at a rapid charging point in Kettering, 140 miles down the road. Things looked promising when we arrived – no one was using it so we made a start at charging up, only nothing happened. It wasn’t a contactless payment machine so we were trying to charge it through our app, but we soon realised that wasn’t possible unless you had a specific membership card for that company. So, we had to abandon it and drive another 20 miles down the road to the next rapid charger. When we got there, the charger was already in use so we had to wait 40 minutes for that motorist to finish charging. Finally, we thought we could charge up, only when we tried, the screen on the charging machine froze and we had to call the helpdesk number to get them to remotely reboot the machine. That worked and we waited about 75 minutes to charge up to 80%. The whole experience showed us that when it comes to reliability in the infrastructure here in the UK, we’re just not there.

All charged up, we drove down to Harwich in time for our ferry. An overnight crossing and we were back on the road as we drove through the Netherlands to Amsterdam. Looking at our apps, you could see the enormous difference when it came to charging points. We were spoilt for choice for where to charge. Amsterdam is certainly leading the way when it comes to embracing electric vehicles. The council were early adopters – investing in huge amounts of charging points even before residents began buying electric vehicles. Bertold Plugboer, who is the council lead for e-mobility told me it was a chicken and egg situation, but they felt they needed to push ahead with ambitious plans towards zero emissions in the city. It seems to have paid off with charging points now around every corner, and they’re planning on adding thousands more over the next few years.

ALSO READ  Porsche To Have Electric Versions Of All Its Models

So, the big question is, would I buy an electric car? As far as the car goes, it was really good to drive. It was nippy, handled beautifully and had every mod con you’d expect from a new car. What puts me off is our charging infrastructure here in the UK. If you tend to do short journeys or mainly just commute to and from work, electric cars could definitely be for you. You could charge at home while you sleep and never have to worry about so-called range anxiety.

But if you tend to do longer journeys, especially areas you’re not familiar with, you’d certainly need to factor in a bit of planning, and time, to charge. What was frustrating for us, is that not every machine was contactless payment, many required specific membership cards. And there’s also no guarantee that when you arrive at a charging point, it’ll be in use, or even working. And that is something the Government is going to have to invest in if we’re all going to get on board with their electric car strategy. 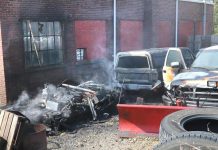 Grappling With The Auto Industry’s New World During COVID-19

Tesla is poised to survive 2020’s worst economic shocks; other automakers, not so much

Car sales plummet in Q1 due to coronavirus