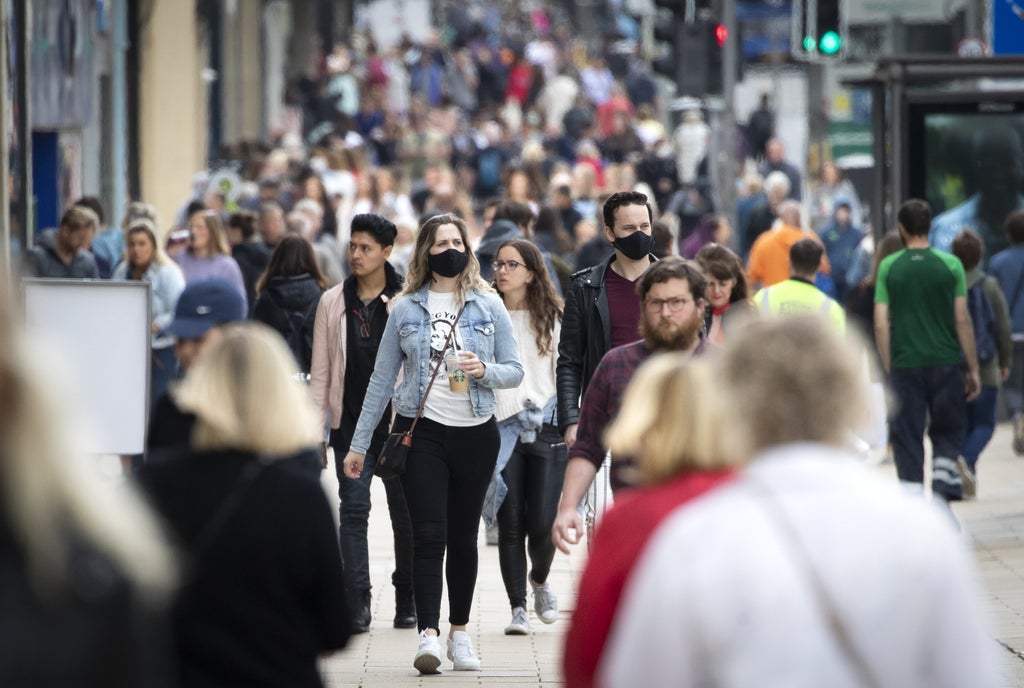 Consumer confidence has fallen to its lowest level in almost half a century as soaring prices heap more pressure on household budgets.

A long-running survey of people’s views on the economy and their personal finances found more pessimism than at any other time in its 48-year history.

The GfK Consumer Confidence Index dropped to minus 40 in May, from minus 38 in April. That surpassed the previous low point reached of minus 39 recorded during the financial crisis in July 2008.

It came as inflation surged to a 40-year high of 9 per cent, largely thanks to huge rises in energy and food bills.

Rishi Sunak faced renewed calls this week to act urgently to bolster consumer confidence, amid warnings that a sharp drop-off in spending would push the UK into a recession.

The chancellor told the Confederation of British Industry (CBI) that he would look to tax cuts in his autumn budget but many experts have called for action to be taken immediately, with a focus on direct financial aid to people who are struggling.

GfK found that consumers were more pessimistic about the economy as a whole than their own personal financial situation.

Confidence in personal finances over the past 12 months fell three points to minus 22 – 18 points worse than this time last year.

The index fell to minus 63 when people were asked about the general economy’s performance over the past year, and minus 56 for the year ahead.

Joe Staton, GfK client strategy director, said: “May’s result is one point lower than the previous record set in July 2008 when the headline score plunged to minus 39.

“This means consumer confidence is now weaker than in the darkest days of the global banking crisis, the impact of Brexit on the economy, or the Covid shutdown.

“The outlook for consumer confidence is gloomy, and nothing on the economic horizon shows a reason for optimism any time soon.”

Linda Ellett, UK head of retail and leisure consumer markets at KPMG, said: “The cost of living squeeze is, of course, feeling tighter for some consumers than others. Among those we’ve surveyed, one-third of consumers that started 2022 with savings are dipping into them to help meet their monthly essential costs.

“But two-thirds of consumers with savings still plan to spend some on the things that they want in 2022. It’s looking vital for the high street that in the coming months this group remain willing and able to spend.”