In recognition to 15-years old Kusum’s exemplary courageous act when two bike-borne youths tried to snatch her mobile but she managed to caught hold one of accused despite  serious wrist injury in the attack on August 30, Commissioner of Police (CP) Gurpreet Singh Bhullar on Monday facilitated the brave girl with a Smartphone and commendation  certificate.CP Gurpreet Singh Bhullar called over Kusum along with her parents over a cup of tea in police lines and showered praise for her extraordinary valour.Bhullar said that  Kusum has now become an idol for other girls and has made the society proud. He told that girls have outnumbered the boys in several fields be it bureaucracy, politics or  sports.He said that there is hardly any field where the girls have not left their indelible imprint adding that now the need of the hour is just to give wings to their dreams as  Kusum’s family supported her decision of joining NCC or training for taekwondo along with education.The Commissioner of Police said that this Smartphone would help her  pursue the study online classes more effectively and efficiently.Bhullar said that one of USA based social worker has also decided to fund Rs. 51,000 to her for which her account  number has been given to former as he desired to send the money directly in her account.He said that Commissionerate Police would continue to stand with Kusum in realising  her dream of becoming a police officer and serve with society.Prominent among present on the occasion included Deputy Commissioner of Police (DCP Investigation) Gurmeet  Singh, ACP Bimal Kant and others.

ALSO READ  Tiny phones, drugs and improvised weapons: The crime that happens within the prison walls

‘One day everyone will use China’s digital currency’ 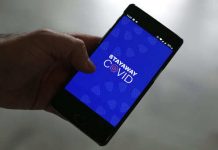 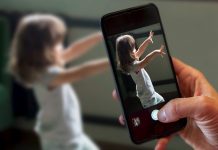