The Apple Fire reached its fifth straight day burning in parts of Riverside and San Bernardino Counties. As of Tuesday the blaze reached 15 percent containment, and burned 26,850 acres.

“It’s affecting the Forest Falls community and it continues to move forward. It could also affect the community of Pioneer Town. On the eastern side within Riverside County we still have the eastern flank that’s still moving beyond the Morongo Reservation area, it’s still up in the higher elevations, it’s still burning towards Whitewater Canyon, Capt. Fernando Herrera with CalFire said.

The fire continued moving up the mountain while also moving eastward.

Crews from all over California continued to fight against the Apple Fire, including agencies from as far as Marin County and Huntington Beach.

“A lot of good mop-up has taken place over the last few days. We’re looking way better there obviously than we did in the beginning,” Herrera said.

Despite seeing progress the fire moved closer toward Forest Falls in San Bernardino County. As of Tuesday Palm Springs Firefighters were working to create defense lines in that community.

“Our engine is assigned in Forest Falls for structural defense so basically sit on the homes and make sure they can stop it or at least redirect it,” Capt. Nathan Gunkel with Palm Springs Fire Dept. said.

Crews were called out late Friday afternoon just after the blaze broke out.

“Our engine is assigned there up to 14 days. We have our core personnel on there right now,” Gunkel said.

Cathedral City Fire Department was also part of the fight.

One firefighter stationed in Mecca had picked up overtime in Temecula when he was called out to the scene of the fire on Friday.

“The first night we didn’t get relief until 10 o’clock the next morning,” Riverside County Firefighter, Curtis Bumgardner said.

By that time the fire was tearing through residential areas of Cherry Valley.

“The conditions were pretty gnarly. It was making large, fast runs up canyons that were aligned with the wind and terrain,” Bumgardner said.

Bumgardner was part of a team defending homes in Cherry Valley.

“A lot of the homes that we got to had defensible space around them which made our job a lot easier and that really helped,” he said. 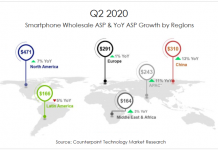