The 15th annual Pocket-lint Gadget Awards are just a couple of weeks away, with this year celebrating 18 categories from best smartphone and best soundbar to best gaming/VR device and best car.

To be nominated within our Awards, all products and devices must have been reviewed by us in full over the last 12 months and as you can imagine, there are some fantastic contenders.

Every year in the run up to the Awards we produce a series of features, each of which dives a little deeper into the categories to give you the nominations for each and why they have been shortlisted. This feature focuses on the nominees for best gaming/VR device.

The HTC Vive Pro is undeniably the best virtual reality experience available today… if you can afford it. There are a multitude of improvements over the original headset. The Pro is more comfortable, easier to pop on and off thanks to the new adjustment wheel, and its better fit makes for greater immersion thanks to the way it fits on the face.

The enhanced graphics are clearly the main appeal, making those virtual experiences crisper, cleaner and all the more awe-inspiring. The sound enhancements make a big difference, too, largely because of spatial sound support for a far more convincing sense of surround sound. The Vive Pro certainly sees HTC retain the VR crown, but you’ll need to be almost rich as royalty rich to afford one.

The Switch is a revolutionary console. It doesn’t fade in the face of PS4 or Xbox One, it strides down it own path. For many it’ll redefine on-the-go gaming, with top titles like Zelda, Mario and even Skyrim available to play when on the bus, Tube or in a doctor’s waiting room. Even some time after launch, however, the Switch continues to ooze potential rather than realising perfection.

It would be made even greater with a wider range of apps, streaming services and a wider still range of must-buy games. It may not have the graphical prowess potential of PS4 Pro or Xbox One X but we don’t care. Those are tethered to tellies and can’t offer gaming delights like Zelda and Mario – two titles that are among the best games ever made. Which is reason enough to go buy the console right now.

The Oculus Go is a well-crafted virtual reality headset. It doesn’t need a smartphone or gaming PC to run, so it’s incredibly affordable and open to anyone and everyone. The fact it’s wireless makes it a joy to use, while the focus on design comfort make it ideal for VR newbie and experienced gamers alike.

Sure, the Go doesn’t stand up against high-end VR devices like the HTC Vive, Vive Pro or Oculus Rift, but then it’s not meant to. The Oculus Go is a great device for watching content, playing games or connecting with friends. It’s better than a Samsung Gear VR and its asking price makes the Oculus Go the obvious standalone VR headset to buy.

There is absolutely no doubt that the PlayStation 4 Pro is the best games console we’ve ever seen. Its graphical nous is unparalleled in the home machine market – only PC gamers can boast better – and developers are seemingly more than happy to support it.

We wouldn’t imagine anyone without a capable 4K HDR TV will want to upgrade – you get very little extra benefit on a standard 1080p telly – but if you’re really dedicated to your gaming, it might be worth updating your set anyway. And if you do, the PS4 Pro is the console to match it with.

Windows Mixed Reality is essentially Microsoft’s spin on Virtual Reality with a slightly different positioning. On a basic level these systems allow users to work with Windows in a big screen kind of way with access to all the apps and software you’d use in Windows but in a different environment. The virtual environment is kitted out with various interactive Windows tools – adjustable screens to watch films on, apps to send email with, ways to listen to music and browse the web and much more besides.

Of course there’s gaming too and WMR headsets can run many of the games and experiences that are also compatible with the HTC Vive or Oculus Rift thanks to Windows Mixed Reality for SteamVR. The great thing about WMR headsets is that they require a less powerful machine to run, they’re often more affordable than high-end VR alternatives like the HTC Vive and there’s the added bonus of access to Microsoft’s virtual toolset too.

Vote for Xbox One X | Read the full review

In all aspects, the Xbox One X is an Xbox One. It has the same user interface as the One and One S and is, therefore, both familiar and possibly less exciting to those upgrading from a standard version. But, with a rapidly expanding enhanced games library and better 4K Blu-ray and video streaming performance, it is becoming more compelling by the day.

It is pricey and the cost needs to come down for true adoption, but the Xbox One X undoubtedly provides the best console gaming experience available right now. And for the immediate future at least.

Voting in the 15th annual EE Pocket-lint Awards is now open so you can let us know which one of these great devices you think should win the Best Gaming/VR Device award for this year and give us your verdict on all, or some, of the other tech across the 17 categories.

Winners will be announced at the exclusive event in London on 13 November in association with EE. Voting closes on 2 November. 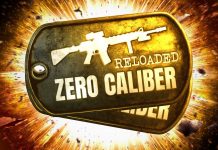