A government-appointed commission recommends that owners of electric cars should pay full road tolls just like everyone else. Their national lobby group and environmental organizations objected immediately, but government officials stressed that electric car owners will still retain lots of other advantages.

Norway has long encouraged purchase and use of so-called el-biler as a means of reducing emissions. Incentives have included huge tax breaks on purchase along with free ferry rides, toll exemptions, use of bus lanes and even free parking in many areas.

Now, with electric cars making up more than half of all car sales, the state is losing too much revenue on their road toll exemption. A government commission turned in its report to Transport Minister Knut Arild Hareide on Monday, and recommended that electric cars no longer should enjoy road toll exemptions or reductions. The commission also recommended seriously looking into a transition from road tolls to so-called veiprising, a new road pricing system that would track car owners’ movements and charge them for how much they were actually using various roads.

“I think it’s wise to study a new road pricing system for the future,” Hareide stated in a press release Monday. The current road toll system, which would increasingly be financed purely by the declining numbers of motorists driving fossil-fuel vehicles, “is not sustainable,” Hareide said.

Environmentalists who have long supported incentives for zero-emission vehicles quickly noted that Hareide risked putting the brakes on an important restructuring of car ownership. Christina Bru of the national electric car association called the proposal to end road toll advantages “completely hopeless” and a policy that would lead to more emissions,

GPS technology a must-have for any road trip

Classy Kia Sorento hybrid is just like a Volvo 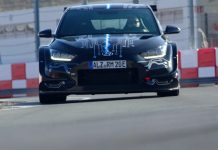 You can help transportation planners map the future | Englewood Sun