Epic Games has told a court it would like former SVP of iOS Scott Forstall to testify in its antitrust suit against Apple, but there seems to be a problem pinning him down.

Epic told a court that both parties have agreed Epic may depose Forstall subject to court approval, noting his importance as the head of iOS when the iPhone was first launched, and for five years thereafter. Epic believes Apple “offered” Forstall for deposition, even suggesting they could interview him instead of his successor. It also supposedly confirmed they represented Forstall and would provide dates for his deposition. That position now seems to have changed:

In the same document, Apple says it does not object to the deposition of Forstall, but that it never suggested it could compel him to attend a deposition, noting he is a former employee who left the company ten years ago. Apple says both parties are working to resolve the issue, but that Epic cannot “hold discovery open indefinitely” whilst it seeks to locate and serve another witness for a deposition.

The two parties continue to clash over document production, with Epic Games claiming that Apple is dragging its feet, having produced more than 459,000 documents just two days before the deadline for discovery. Apple says Epic’s complaints are “patently improper” and that it has worked “diligently” over the several months to meet Epic’s “burdensome demands.” 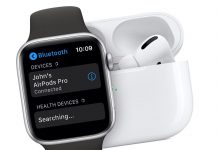