Phoneweek
Phoneweek > Cars > Euro 6 emissions standards: what do they mean for you?
Cars

Euro 6 emissions standards: what do they mean for you?


Environmental pollution has had a major impact on the world we live in. Years ago, manufacturers would produce cars that delivered bigger and better performance without regard for the pollutants coming out of the exhaust. However, as atmospheric studies have revealed a rise in pollutants in the air, governments and legislative bodies across the globe have clamped down on vehicle emissions to help reduce it.

Some will argue that vehicle pollution is just a slim percentage of overall emissions levels, but as the car industry is an easy one to regulate against, regional vehicle production standards have been adapted to improve the emissions of all vehicles. This has seen a shift in car manufacturing philosophies, as makers try to balance performance with emissions and a subsequent benefit in economy, while some makers have tried to tailor their cars to suit the test without any real-world emissions benefits.

But who sets the standards for car manufacturers to meet? And what is actually required to meet the latest emissions legislation? This guide rounds up the latest standards and testing procedures, and we also explain what new legislation is scheduled to come into place to improve emissions testing regulation and help avoid car makers short-cutting the tests. 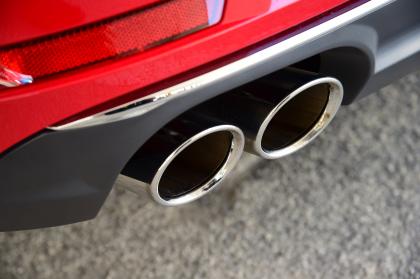 Every new model on sale in the UK has to undergo the New European Driving Cycle (NEDC) procedure before it can be sold in showrooms. This test measures emissions of each engine and gearbox combination a new car is sold with under laboratory conditions on a rolling road.

The procedure is conducted in a controlled environment, and tests are witnessed by Government agencies. The ambient temperature, vehicle fluid levels and tyre pressures are all measured to maintain consistency between tests of different models, and this ensures the test is as accurate as possible. That means all cars are tested in the same conditions and means that the emissions figures recorded for them can be compared directly to each other when you’re comparing specs between cars.

The cars that are chosen for the test are randomly selected from the production lines by the legislative body. That means the manufacturer can’t supply a specially ‘tweaked’ model that could be optimised to produce favourable results.

However, as Volkswagen proved, car makers can still bypass these regulations without doctoring a test model. To make emissions tests more reflective of real-world driving, a new testing procedure is currently under development.

The new plans are designed to more closely reflect fuel economy and emissions when actually driving, and include an additional real-world driving emissions (RDE) test to detect regulated pollutant emissions. The RDE is to be carried out on the road instead of the lab, and will use a portable emissions measurement system to record emissions.

The RDE element is expected to introduce a more realistic and stringent approach to emissions testing in the future, although of course, atmospheric conditions will affect the results of this test.

Euro 6 is the sixth incarnation of the European Union directive to reduce harmful pollutants from vehicle exhausts. The Euro 6 standard was introduced in September 2015, and all mass-produced cars sold from this date need to meet these emissions requirements. The aim of Euro 6 is to reduce levels of harmful car and van exhaust emissions, both in petrol and diesel cars.

• Tax disc changes: everything you need to know

The latest Euro 6 regulations set different emissions standards for petrol and diesel cars, but that is a reflection of the different kind of pollutants the two fuels produce. For diesels, the permitted level of NOx emitted has dramatically dropped to a maximum of 80mg/km, compared to the 180mg/km level that was required for cars that met the previous Euro 5 emissions standard. In contrast, the NOx limit for petrol cars remained unchanged from Euro 5, as it was already low at 60mg/km. 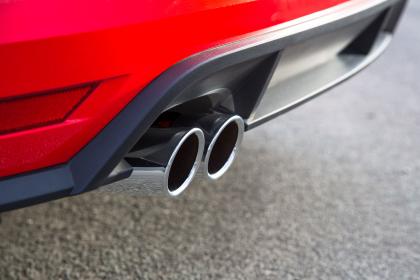 Older diesel cars that produce higher levels of NOx and particulate matter are starting to come under fire from a number of environmental groups. Some have blamed the UK Government for enticing consumers into diesel cars, which are considered to be more environmentally harmful, with road tax and company car tax structures that benefit low CO2 emissions. Diesel cars tend to be better than petrol models when it comes to CO2 output.

The road tax argument is now null, because the Government introduced a new road tax structure in 2017, while the automotive industry and the Society of Motor Manufacturers and Traders (SMMT) that represents it have recently come out in defence of diesel cars and started a campaign to raise awareness of the clean diesel technology fitted to Euro 6-compliant models.

The SMMT is attempting to ensure all diesel cars aren’t tarred with the same brush, and is drawing a line between older diesels and the new generation of clean diesel models. The concern is that confusion could lead buyers to snub the newer Euro 6 diesels when they deliver similar pollution reduction as the petrol alternatives.

In the short term, the new Euro 6 emission standards are unlikley to have a direct impact on motorists, although they could see fuel economy and emissions of new cars improve further as the latest engine and exhaust treatment technology becomes standard across the industry.

Euro 6: are diesels being demonised?

The longer-term future for diesel cars looks a little more uncertain for the reasons touched on above. Moves are afoot within Government, at a local and national level, to penalise owners of diesel cars financially.

Diesel cars found themselves in the spotlight with former London Mayor Boris Johnson calling for an Ultra Low Emission Zone (ULEZ) in London be put in place by 2020. A ULEZ is already in place for large commercial vehicles, but this could be expanded to cover older diesel cars and vans that don’t meet Euro 6.

They would then be charged an extra £10 to enter the capital on top of standard London congestion charge. At the moment, current London Mayor Sadiq Khan has opened a consultation on which way forward the London Assembly should progress.

• What is GAP insurance?

Some councils have already started to charge owners of diesel cars more for parking permits. Islington council in London has introduced a surcharge of £96 for anyone with a diesel car. It claims that the reasoning behind this is “to protect residents from the health risks associated with diesel emissions”. 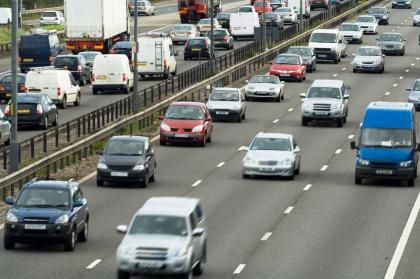 European emission standards first came into force in 1992, with Euro 1 standards becoming law. This initial standard ensured that diesel cars emitted no more than 780mg/km of nitrogen oxide, while the maximum for petrol engines was 490mg/km.

Throughout this time, the maximum amount of NOx emitted by diesel cars has been well behind that of petrol models. Under the new Euro 6 standards, however, the maximum level for NOx in diesel models is 80mg/km, compared to 60mg/km in petrol cars.

What do you think about the environmental debate surrounding petrol and diesel cars? Have your say in the comments section below…