Hundreds of motorists have already been busted driving without a seatbelt on hi-tech cameras within weeks of the new technology being deployed on Queensland roads.

The Courier-Mail can reveal authorities nabbed more than 430 drivers breaking seatbelt laws over just a two-week period since the trial of the new artificial-intelligence cameras kicked off in August.

Transport Minister Mark Bailey has confirmed the cameras – which are also being used to catch out drivers using their phones behind the wheel – will become a permanent fixture on the roads.

Mr Bailey said there would be an initial grace period where people caught on camera the first time would be given a formal warning.

“But after that grace period is over, fines for first time offences and beyond will immediately apply,” he said.

“In NSW, that grace period was for the first three months the cameras were in permanent operation, so we’ll look at something similar here in Queensland.

“We’re going to make these cameras permanent, so for those people not getting the message it’ll mean you can be caught anywhere, anytime not wearing a seatbelt.

“That means a $400 fine and three demerit points.”

In just the first day the cameras were being used to detect seatbelt offences, more than 100 people were caught out not wearing one.

Since then, at least another 338 people have been snapped on camera without a seatbelt – with none of them issued a fine as part of the trial.

Mr Bailey said he had read too many road fatality reports where not wearing a seatbelt was a “major factor”.

“In the last five years, an extraordinary 24 per cent of Queenslanders killed or injured on our roads weren’t wearing a seatbelt,” he said.

“During a crash, wearing a seat belt is critical to preventing a driver or passenger being thrown from the crashing vehicle or hitting the windscreen or car pillar at high speed.”

The government has previously confirmed that more than 1000 motorists were caught using their phone while driving during the first fortnight of the trial.

Laws were passed earlier this year to make it legal for the government to add seatbelt and mobile phone offences to the list of camera detectable offences in Queensland.

Originally published as First phones, now this caught on camera 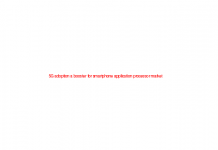