Now that we’ve seen the new Renault 5 concept, one question bubbles to the surface faster than all: what took them so long? It looks so ineffably right, so informed by its past yet fixed on the future, that you wonder why they didn’t have the idea years ago.

The answer, I suspect, is Luca de Meo. He’s the recently appointed CEO of Renault who in a former life was responsible for a thing called the Fiat 500, on whose shoulders the fortunes of the entire Fiat brand have appeared to rest these past 13 years. So now the pieces fall into place.

The ocean of purple prose on which the reimagining of the 5 came bodyboarding into shore speaks not only of the fluency of its execution but also of the enduring love for a French icon that was born sufficiently long ago to be regarded as a classic but died sufficiently recently to be remembered. Which is a very neat treat.

And I remember it more than most: the car I drove to work on my very first day at Autocar in 1988 was my own Renault 5 GT Turbo. But as soon as it was clear that I would somehow cling to a job testing cars, it was clearly redundant and got sold. And the strange thing is that I’ve really not thought much about it since. 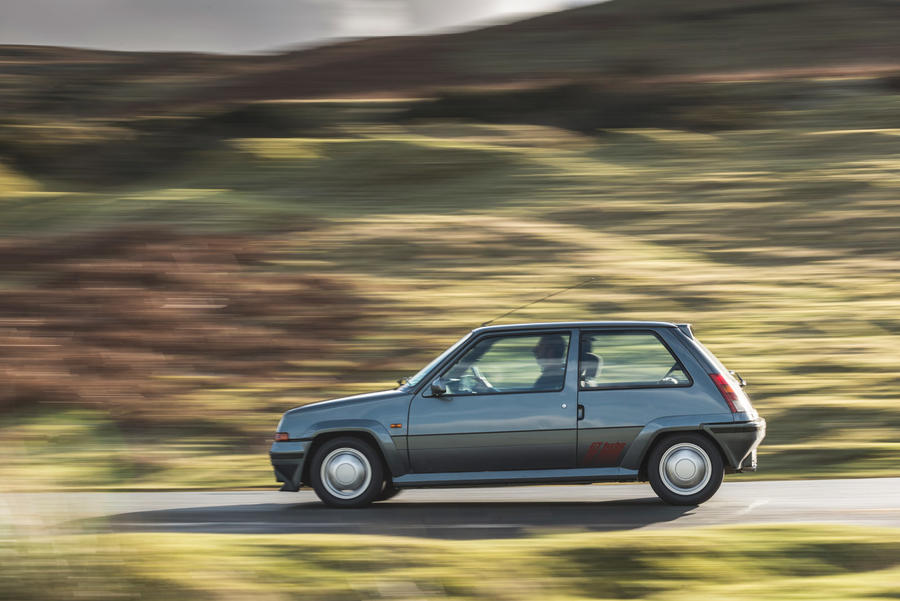 I owned three hot hatches before I joined the magazine: that 5 GT Turbo, a Mk1 Volkswagen Golf GTI and a Peugeot 205 GTi, and I’ve since thought of those last two almost constantly. They’ve become genuinely important, landmarks in the evolution of enjoyable motoring. The Renault? Not so much.

But the curious thing is that, at the time, I was quite clear that the 5 GT Turbo was both the fastest and most fun of the three, yet somehow it has dropped out of my easy-recall memory. And off the public road: there are more than 1100 examples of the 205 GTi still registered in the UK. The 5 GT Turbo? Just 287. Time for a reappraisal? With the launch of a new 5, there would be none better.

It’s extraordinary how the brain remembers. This is the first time that I’ve sat in a 5 GT Turbo in 33 years, yet I didn’t have to look for anything. For three decades, my brain has clung to a few lines of code just in case I should ever again need to locate the choke lever, or remember to twist the left-hand stalk to turn on the lights, or know that the bonnet hinges at the front, not the rear. I still know exactly how the gearbox is going to feel, how the engine will sound, even the gearing of the defiantly unassisted steering.

But it feels flimsier than ever. This isn’t because I’ve forgotten how inexactly these cars were constructed and from which mediocre materials, just that it matters more to me now and the world has moved on while it hasn’t. Even as an occasional ‘classic’ car used for recreational purposes, its build quality would irritate me – and probably scare me, too.

I once was in an accident involving a 5 that drove on the wrong side of the road into a 5 Series that I had already brought to a halt. Mercifully the crash did nothing to the driver other than rouse him from his slumber, but the Renault penknifed, leaving its roof on its back seats, which would have had calamitous consequences had anyone been there. The BMW? Its airbags didn’t even deploy.